President Barack Obama traveled to Hiroshima, Japan, on Friday, marking the first time a U.S. president has visited the site of the world’s first nuclear attack, carried out more than 70 years ago…

“Seventy-one years ago on a bright cloudless morning, death fell from the sky and the world was changed,” Obama said at the Hiroshima Peace Memorial Park. “A flash of light and a wall of fire destroyed a city, and demonstrated that mankind possessed the means to destroy itself…”

“Let all the souls here rest in peace, for we shall not repeat the evil,” the president said.

Defeating an enemy who had attacked us, unprovoked, was evil.

Look, I’m not glad that all those people died. I’m not glad that the survivors and their families have suffered. I would’ve preferred that Japan hadn’t attacked the United States in the first place. It would’ve been nice if WWII hadn’t happened at all.

But Japan did attack us, and the war did happen, and we won it. We defeated evil.

These men saved the world: 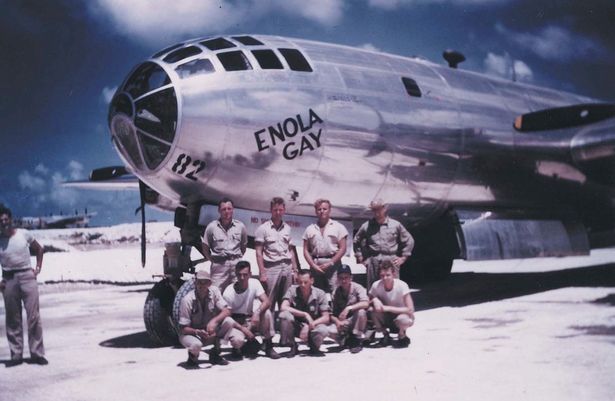 Barack Obama should be ashamed of himself for disrespecting them.

The United States has absolutely nothing to apologize for. Remember Pearl Harbor. Forget Obama.