Evangelist Franklin Graham this  past week blamed the plummeting stock prices of giant retailer Target on its new policy allowing transgendered women who still have male plumbing to use store ladies’ rooms if they so choose.

“Target stock is tumbling after they announced a pro-transgender restroom policy allowing men to use women’s bathrooms and changing rooms,” he wrote on Facebook. “Stock value has fallen 20% and shareholder value has lost $10 billion since they began promoting this dangerous policy.”

But Target CEO Brian Cornell, discounting the significance of an online boycott petition that Graham says garnered over one million signatures, is blaming the problem on inclement weather. “It is has been a very wet and cold start to the year and it is reflected in our sales,” he insisted on a conference call with reporters.

Hmm. Wall Street analysts get paid millions of dollars to figure out what drives stock prices up and down. And factors are often hard to isolate.

Uh, which explanation sounds more plausible? It is hard to imagine that rain would keep large numbers of customers away.

But your average male customer might be a little skittish about a family trip to the local Target if he needs to worry that his wife might encounter another “woman” in the female lavatory who has a “power tool” just like him.

Target announced the policy this April, without citing any input from customers, just the “conversation” about proposed federal and  state “bathroom bills”

“We believe that everyone—every team member, every guest, and every community—deserves to be protected from discrimination, and treated equally. Consistent with this belief, Target supports the federal Equality Act, which provides protections to LGBT individuals, and opposes action that enables discrimination.”

“Most relevant for the conversations currently underway, we welcome transgender team members and guests to use the restroom or fitting room facility that corresponds with their gender identity.”

It seems they misread popular opinion, probably due to skewed news coverage that depicts opposition to bathroom bills as limited to a handful of retrograde bigots.

The reality is that voters in Houston, who elected a lesbian mayor, last November overwhelming rejected a ballot initiative that would have allowed transgendered people to use whichever bathroom they pleased.

But Target was clueless—even after a public relations disaster.

Shortly after the new policy was unveiled, they shrugged off a widely-circulated video this April of a man, sans wig or fake breasts, being allowed into the women’s room of a Florida store simply by telling a security worker that he felt most comfortable there.

“We certainly respect that there are a wide variety of perspectives and opinions,” an unidentified spokesperson told Mediate. “As a company that firmly stands behind what it means to offer our team an inclusive place to work — and our guests an inclusive place to shop – we continue to believe that this is the right thing for Target.”

Interestingly, the boycott petition by the American Family Association, far from spewing bigotry, is actually respectful of transgendered people.

It says, “Target should keep separate facilities for men and women, but for the trans community and for those who simply like using the bathroom alone, a single occupancy unisex option should be provided.”

The petition page also links to news story that illustrate how bathroom bills could be highly problematic, including the case of a San Jose sex offender donning fake boobs and a wig arrested for loitering in a women’s bathroom.

Another report is the May 2013 arrest of a “cross-dressing man” named Jason Pomare for videotaping women in a Pamdale, California Macy’s bathroom. Interestingly, Breitbart Texas, in the course of ginning up opposition to bathroom bills just like all good conservative political activists do, this April falsely reported the arrest as some kind of breaking news.

They were only off by some three years, but hey at least they did not mistake this Jason Pomare, an obvious victim of transphobia, for an entirely different guy with the same name. Regardless, Pomare, judging from his Los Angeles Country Sheriff Department mug shot below, probably looks much scarier to the average Target shopper than even torrential rain. 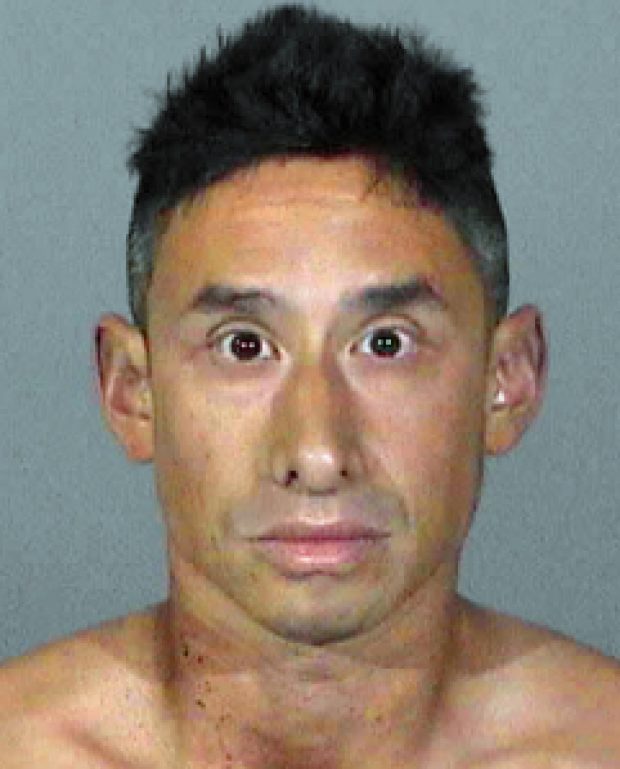