If you recalled what happened with Rep. Alan Grayson‘s last wife, you might be weary about him ever getting hitched again.

But hitched again, he is. And it all happened over the long weekend. 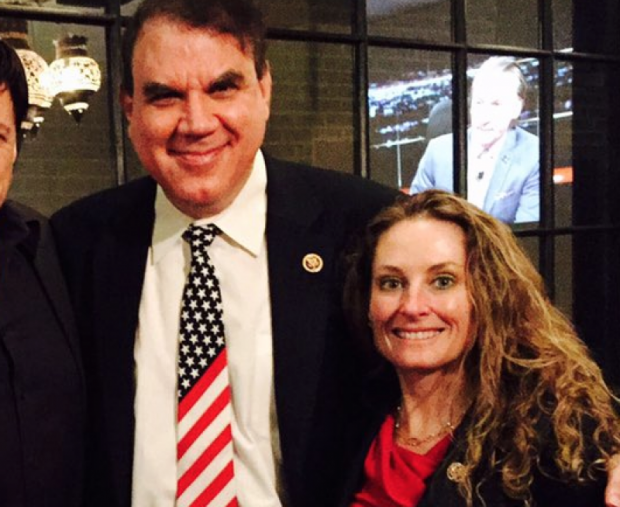 This time Grayson, 58, is wed to Dena Minning (now Grayson), 45, a woman who is vying for his House seat — Florida’s 9th Congressional District — as he tries to replace Sen. Marco Rubio (R-Fla.). Thankfully the couple married three weeks ahead of Florida’s June 20th filing deadline, so she can blissfully use her new name — Dena Grayson — in all her campaign paraphernalia.

On her political Facebook page, Grayson remarks that her husband is “handsome, brilliant and amazing.”

Politico‘s Florida Playbook by Marc Caputo reported the nuptials along with other juicy details about Grayson using his new wife in some sexy political power moves (obviously joking about the sexy part). It appears that news of the secret wedding first emerged from Frank Torres on Orlando-Politics.com.

As some may recall, Grayson’s last wife — LOLITA — was nothing but trouble for his image. The couple were married for 25 years and had five children. He later tried to get the marriage annulled after learning that Lolita was already married when they tied the knot. He refused to pay spousal support yadda yadda yadda and Lolita and the kids reportedly went on public assistance. These days the kids are faring much better — they are allegedly majority investors in his hedge fund.

In 2014, Lolita claimed Grayson pushed her against a door. So he did what any angered husband would: He turned around and accused her of domestic violence. There is a video of him getting punched in the face by Lolita. Grayson said it was humiliating for “millions of people to see me get punched in the face.”

As he told a local TV station about her, “Gold diggers gotta dig.”

One can only hope that the new wife is marrying him for love and not his political surname.