Anthony Zingale was arrested for an alleged sexual assault back on May 28, but his troubles didn’t stop there.

The 19-year-old burst in on a woman using the restroom at a party in Plymouth, WI, reports the Daily Mail.

Zingale was exposed from the waist down when he held a knife to the woman’s throat and threatened to cut her if she did not have sex with him.

Eventually, the woman agreed and suggested going into a bedroom, at which point she screamed and alerted other party goers who called the police.

He is facing up to 40 years in prison, not to mention a lifetime of being haunted by this terrible mugshot. 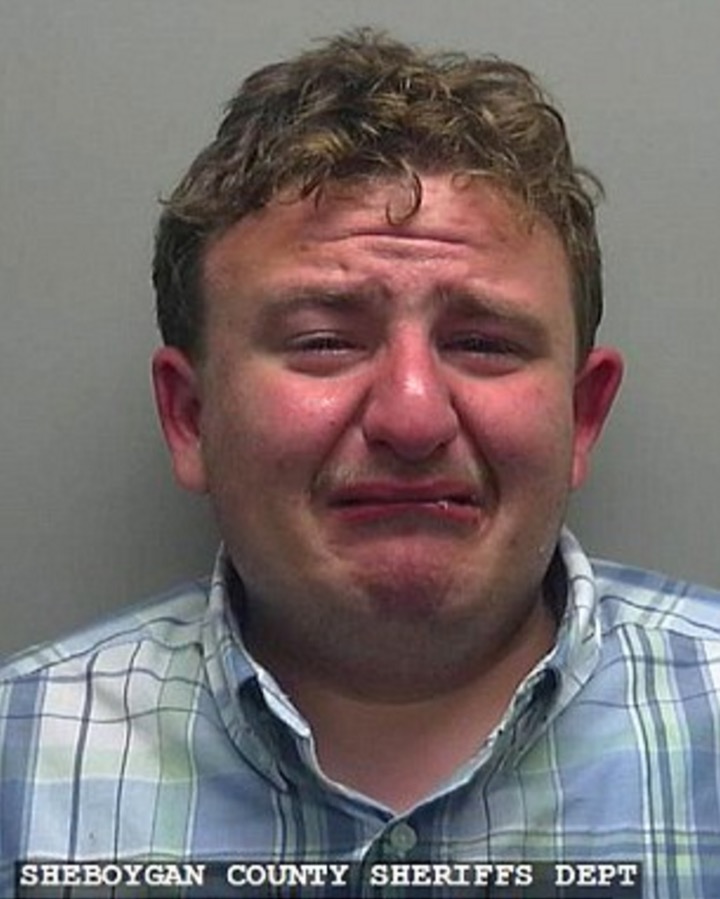