Today is the 72-year anniversary of the Allied invasion of Normandy during World War II.

One of the most important aspects of the invasion was American airborne soldiers dropping behind enemy lines to take out German artillery.

Actual footage of Airborne’s assault on the German artillery is rare to find, but one of the most famous assaults was shown in the true story “Band of Brothers.” (SLIDESHOW: These Are The Greatest Movies About Killing Nazis)

Easy Company of the 506th Regiment of the 101st Airborne Division dropped in and fought back against the German forces to make sure artillery stopped raining down on American soldiers on the beach. 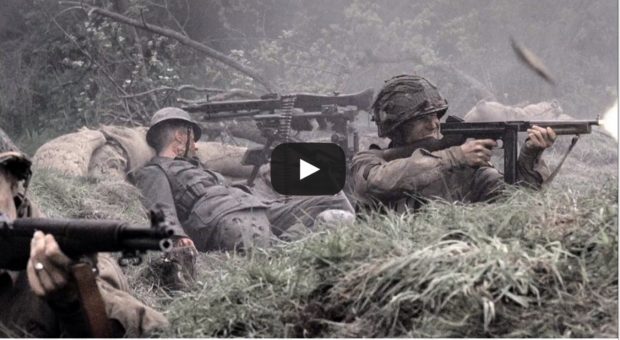 God, bless the United States and all the rest of the Allied Forces on D-Day.