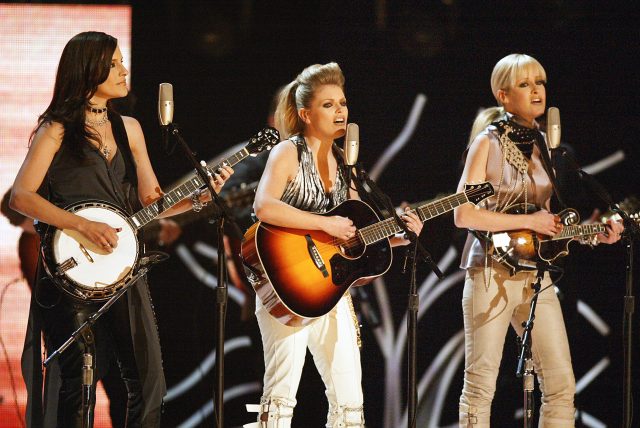 While performing at a concert in Cincinnati, Ohio, this weekend, the all-female band performed in front of a photo of the Republican presidential candidate with drawn-on horns and facial hair. (RELATED: Simon Cowell Reveals Why Americans Are So Drawn To Donald Trump)

How the Dixie Chicks mocked Donald Trump at a concert: https://t.co/bFW8OlqmaF pic.twitter.com/OOaoiRyiP6

As they sang their song “Goodbye Earl” — which is about two women murdering one’s abusive husband — Trump dangled in the background.

In the past, the band’s lead singer, Natalie Maines, has made her feelings about Trump very clear. (RELATED: Obama Assures Hollywood: Donald Trump Will Not Be President)

As long as Donald Trump’s decisions for America are as solid as his decision about his hair, we’re in good shape.

Trump is going to do a good deal with Cuba because he has a lot of friends in Miami that will help him make a “good deal”.

You know what we need to fix our country in every way, with everybody, about everything? A “good deal”! Duh!

The group faced backlash in the past when Maines said she was “ashamed” that then-president George Bush was from Texas.