Kimbo Slice has died at the age of 42, TMZ confirmed Monday night. 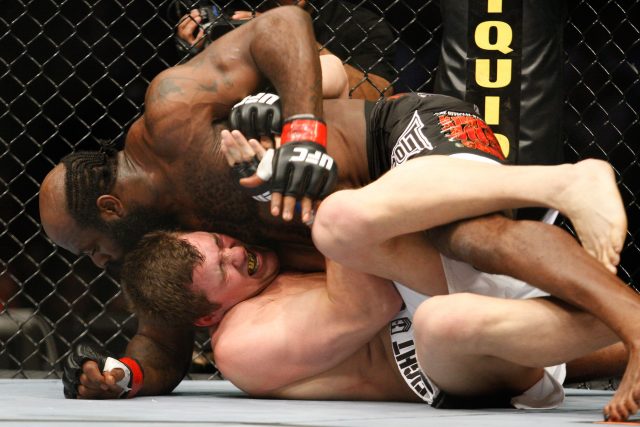 The MMA fighter — whose real name is Kevin Ferguson — was hospitalized in Florida Monday for undisclosed health reasons. TMZ reported that he was in “dire” condition and that the situation did “not look good.”

The CEO of Bellator MMA also confirmed the news.

“We are all shocked and saddened by the devastating untimely loss of Kimbo Slice, a beloved member of the Bellator family,” he said in a statement Monday night. “One of the most popular MMA fighters ever, Kimbo was a charismatic, larger-than-life personality that transcended the sport.”

Several sources on Twitter now claim he died of heart failure, but a cause of death has not been confirmed.

Not sure it’s needed but I’ve confirmed independently that Kimbo Slice has passed away.

Profoundly sad right now. Kimbo Slice was one of the kindest men I’ve ever met. A pure sweetheart. Terrible news.

MMA fighter Kimbo Slice has passed away, according to several sources.

Slice was born in the Bahamas, and he became famous over a decade ago after his streetfighting videos went viral and garnered millions of views on YouTube. He later signed a deal with UFC.

He was scheduled to fight James Thompson in Bellator 158 on July 16 in London.