Bretagne, the last known 9/11 rescue dog, was given a hero’s salute for the last time Monday.

The 16-year-old golden retriever suffered kidney failure three days ago, the “Today” show reports, and members of the Cy-Fair (Texas) Volunteer Fire Department, with whom she served, honored her on her final trip to the vet’s office.

“This was a very small way for us to pay tribute to a dog who truly has been a hero,” Cy-Fair Volunteer Fire Department Captain David Padovan told “Today.” “Just because she’s a K9 doesn’t make her any less part of our department than any other member.” 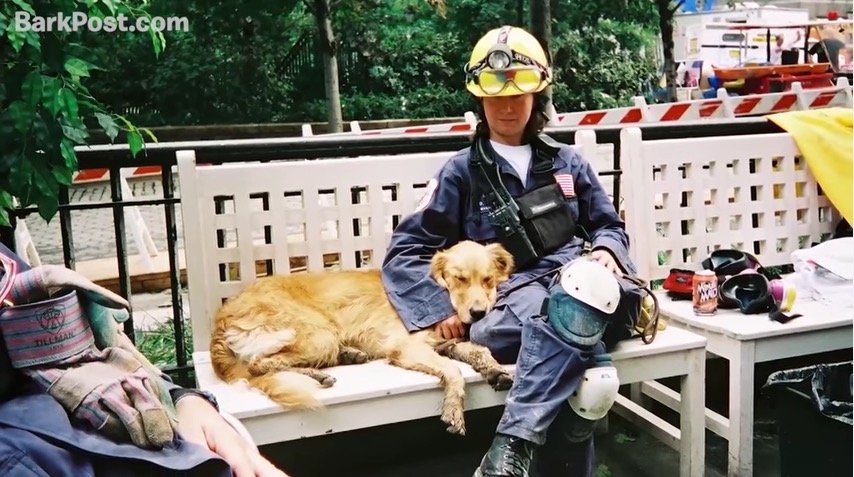 “She was really anxious [Sunday] night and she just wanted to be with me,” added Denise Corliss. “So I laid down with her, right next to her. When she could feel me, she could settle down and go to sleep. I slept with her like that all night.”

Bretagne was one of 300 rescue dogs who searched for survivors at Ground Zero in September 2001.

She would have turned 17 this coming August.