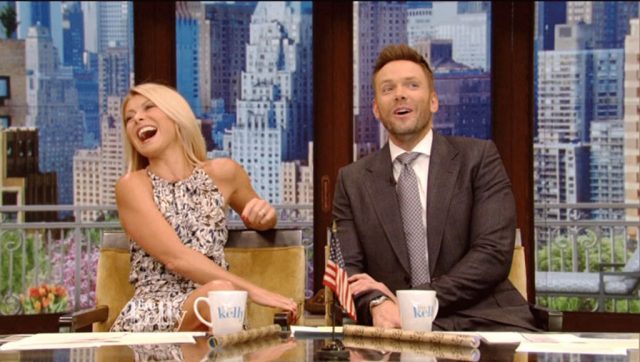 During Tuesday morning’s episode of “Live with Kelly,” the 45-year-old host referenced the recent drama between her and Strahan when Joel McHale asked her about her star on the Hollywood Walk of Fame. (RELATED: Michael Strahan Was Blindsided When Kelly Ripa Made This MASSIVE Dig At Him)

“Is it weird to think people are walking on top of you right now?” McHale asked her.

Her statement comes just days after reports surfaced that she is now ruling “Live” with an iron fist to make sure she is not left out of any other major decisions.

“They are now calling her ‘Queen Kelly’ backstage,” said a source told the New York Post. “It’s like her royal court and everyone is being loyal and falling in line.” (RELATED: Jimmy Kimmel Asks Kelly Ripa ‘What Happened’ With Michael Strahan)

Ripa was blindsided in May when she found out about Michael Strahan’s departure from the show just hours before the rest of the world did.