Facebook appears to be taking literally up until the last second to approve a pro-Second Amendment advertisement.

The advertisement video produced by the Coalition for Civil Liberties is targeted at stopping Gavin Newsom’s gun control efforts in California regarding ammo purchase.

The video features a person reaching for a weapon while under attack, but the gun disappears because there is no ammo available to use. The slogan of the advertisement is, “It doesn’t matter if you’re a pro athlete or an LGBT activist, you have a Constitutional right to protect yourself.”

Dave McCulloch, Digital Strategy Director at Capitol Media Partners, told The Daily Caller that Facebook stalled the ad from going up sooner. Facebook allows for up to a 24-hour window to approve an ad, but McCulloch said that it generally only takes an hour or two for approval.

Facebook took the full 24 hours to approve the ad, right down to the final moment, and McCulloch isn’t buying it as a random event.

“Random? Yeah right. I do a lot of ad buying for a living, and it’s never taken 24 hours. I’m surprised if it takes more than 30 minutes!” 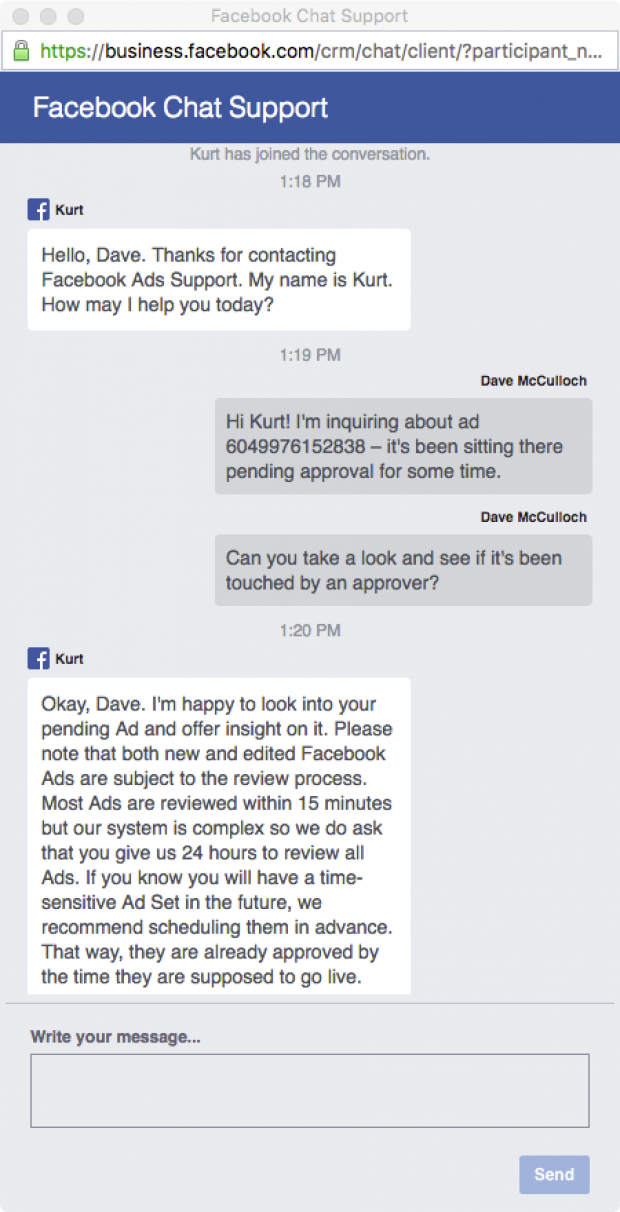 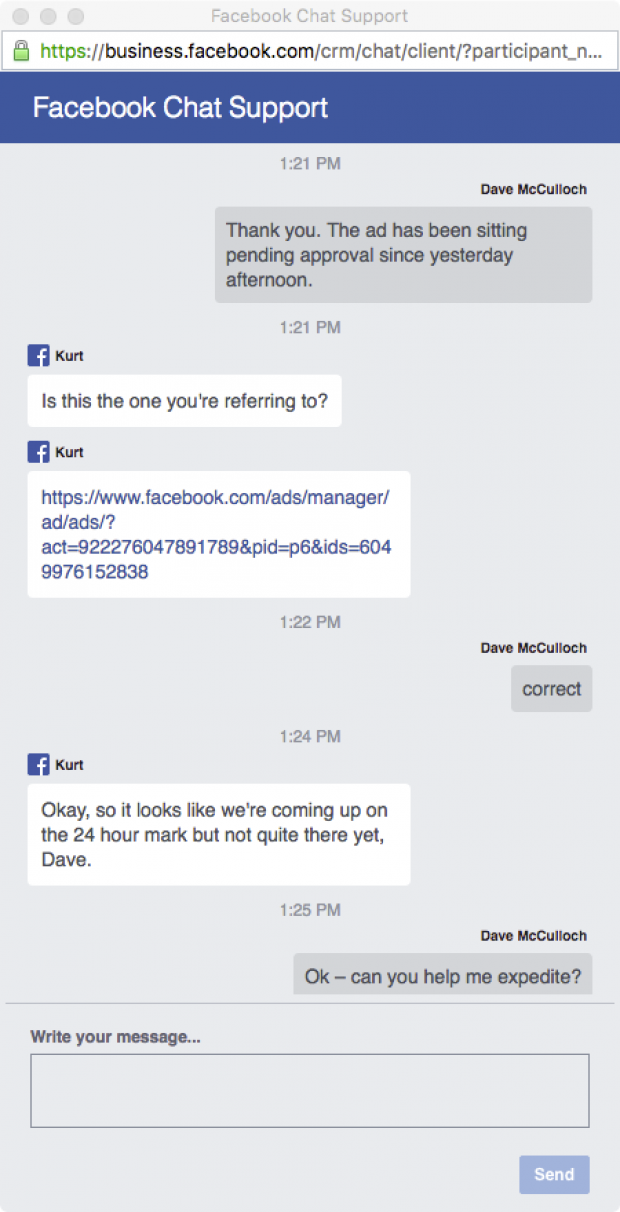 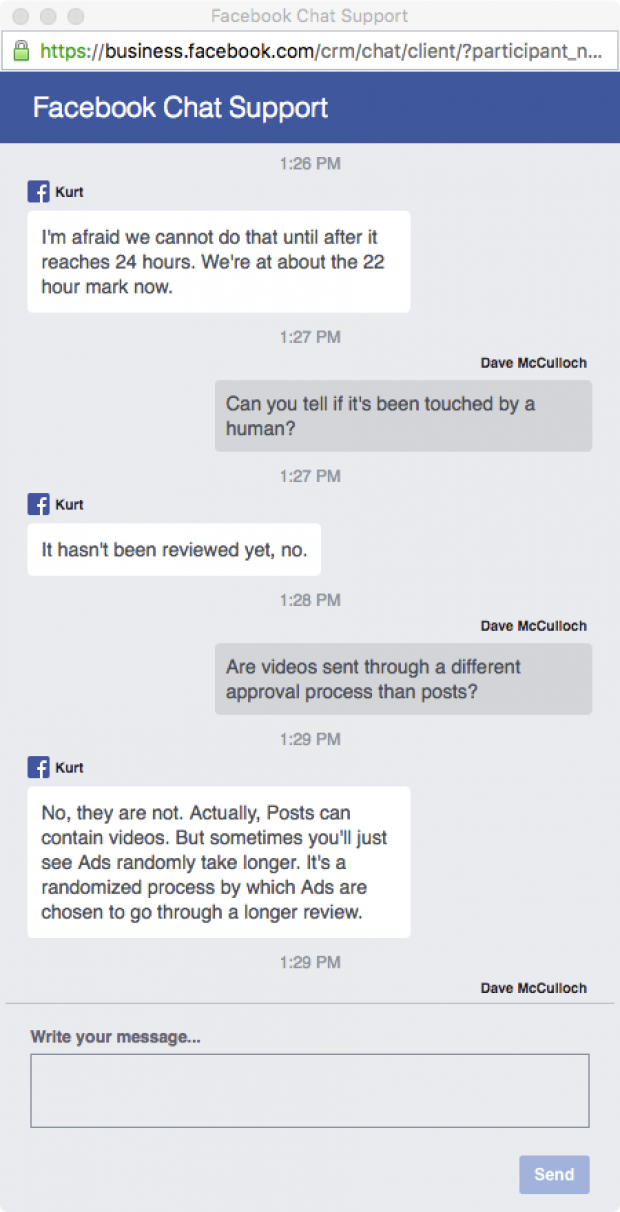 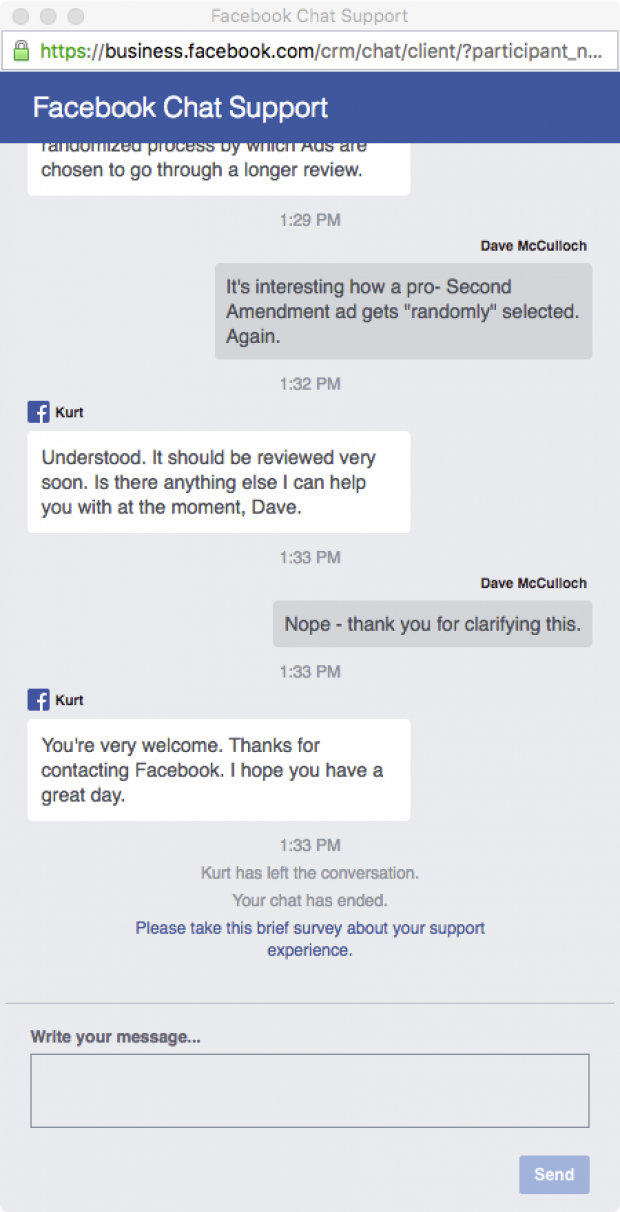 McCullough also noted to TheDC that it only took Twitter a few minutes to approve a similar ad.

This isn’t the first time Facebook has appeared to suppress pro-Second Amendment material. They were also accused of suppressing the content of a Facebook page called Concealed Nation causing their traffic to drop by 50 percent, according to Fox News.