Conservatives in Hollywood are voting for Donald Trump — they’re just keeping quiet about it. 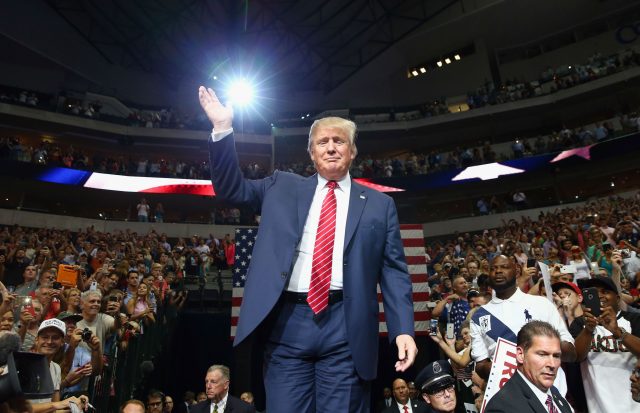 A new report from The Hollywood Reporter claims that actors and studio executives are getting closer to openly supporting the presumptive Republican nominee as the general election nears. (RELATED: These 17 Celebrities Want To See Donald Trump Running The White House)

THR said they interviewed “dozens” of Trump supporters, but most of them asked to remain anonymous “citing their desire to avoid backlash from co-workers.”

He said he expects many Trump supporters to “come out of the closet” soon.

“It’s D-Day in California, and I voted for Trump,” Berg said. “I was a vocal supporter of Marco Rubio, then of John Kasich. Trump was my 17th choice, but Hillary is my 18th.” (RELATED: Lady Gaga Endorses This Candidate While Wearing An American Flag Swimsuit)

“She is never challenged by the media,” he said. “I saw a recent press conference and the questions were all along the lines of, “What’s it like being on the verge of being the first woman to be president?'” (RELATED: Hillary Clinton Wore A $13,000 Jacket While Speaking About Income Inequality)