Sarah Palin is ecstatic about her daughter’s recent marriage. 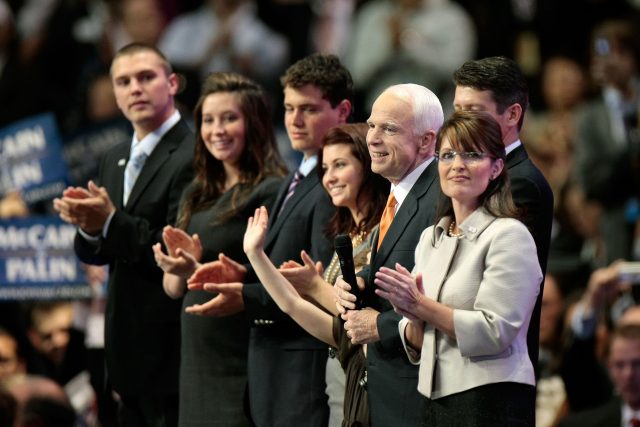 After Bristol Palin and Dakota Meyer tied the knot last weekend, the former governor of Alaska weighed in on her daughter’s marriage on Facebook. (RELATED: Sarah Palin Gives Shocking Update About Her Husband’s Grim Condition)

“It’s been a rewarding and interesting ride this past year — but these two sure do love an adventure!” Palin wrote. “As their biggest supporters, we’re stratospherically happy it’s happened, amidst running a little late!”

“Like they said, the foundation of their new life together is built with hard work and God’s grace, so they can’t go wrong — their future is as bright as Alaska’s midnight sun.”

“All our families’ hearts are filled with love for Dakota, Bristol, Tripp, and Sailor Grace.”

On one hand, we know that everything happens for a reason, and there are no mistakes or coincidences. On the other hand, we learn that we can never give up, knowing that with the right tools and energy, we can reverse any decree or karma. So, which is it? Let the Light decide, or never give up? The answer is: both. #dakotameyer0317

Meyer and Palin got engaged in March of last year, but called off their pending nuptials one month later. The two reunited shortly after Palin gave birth to their daughter. (RELATED: Azealia Banks Said Sarah Palin Should Be ‘Gang Raped,’ But Her Response Is All Class)

“Life is full of ups and downs but in the end, you’ll end up where you’re supposed to be,” Palin told Entertainment Tonight. “We are so happy to share with loved ones the wonderful news that we got married!”

“Hard work and God’s grace are the foundation of our new life together,” the couple added. “With the love and support of our family we know we can get through anything.” (RELATED: These 17 Celebrities Want To See Donald Trump Running The White House)