Omar Mateen opened fire on a gay nightclub in Orlando during the early hours of Sunday morning, killing 49 people and injuring more than 50.

Here’s what we know about him.

Mateen was born in New York but later moved to Florida, where he grew up. He lived in an apartment in Fort Pierce, Fla., which is over 100 miles from Orlando.

2. He was married before.

Mateen met Sitora Yusufiy online. Though the two married in March 2009, they separated a few months later because he was “abusive” and “unstable,” Yusufiy said. (RELATED: Orlando Shooter’s Ex-Wife Says He Beat Her While They Were Married)

“He was not a stable person,” she said. “He beat me. He would just come home and start beating me up because the laundry wasn’t finished or something like that.”

3. His parents are from Afghanistan.

He was reportedly born to Afghan parents in 1986.

4. He pledged allegiance to ISIS during a 911 call.

Mateen reportedly called 911 and pledged allegiance to Abu Bakr al-Baghdadi, the leader of the Islamic State, before the shooting began.

5. He worked as a security guard.

licenses, a security officer license and a statewide firearms license, that were set to expire next fall. He worked for the security firm G4S since 2007. 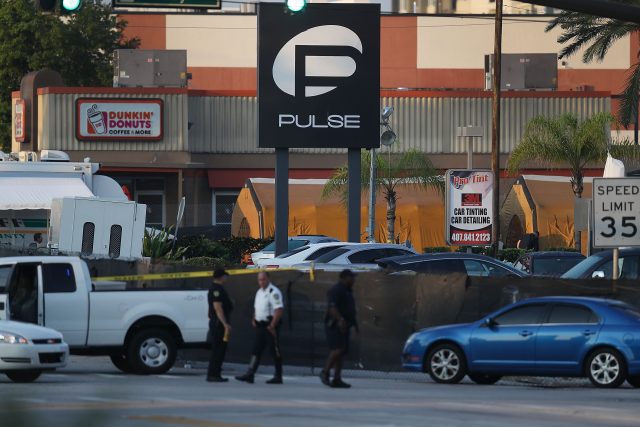 6. He had been investigated by the FBI twice before.

A senior law enforcement officer told the Daily Beast that Mateen had been investigated twice before.

“The Federal Bureau of Investigation at one point opened an investigation into Mateen, but subsequently closed the case when it produced nothing that appeared to warrant further investigation,” the Beast reported.

His father, Mir Seddique, said Mateen got mad after he saw two men kiss in Miami.

“We are saying we are apologizing for the whole incident,” his father said. “We weren’t aware of any action he is taking. We are in shock like the whole country. This had nothing to do with religion.”

8. His coworker said he was “racist” and “belligerent.”

“He was scary in a concerning way,” Gilroy said. “And it wasn’t at times. It was all the time. He had anger management issues. Something would set him off, but the things that would set him off were always women, race or religion. [Those were] his button pushers.”

9. He reportedly has a son.

Mateen remarried a woman named Noor Zahi Salman and the two reportedly have a three-year-old son together.

10. He was killed in a shootout with police.

Mateen was shot and killed when law enforcement raided the club to rescue hostages.