“Donald Trump gave a very strong speech at the Faith and Freedom Forum on Friday in which he challenged Hillary Clinton to use the words ‘radical Islam,’ ever, to talk about it,” Hewitt said. “If this turns out to have been inspired by ISIS, it will fulfill Donald Trump’s prediction of the problem with her candidacy, which is it’s not serious about terrorism.” 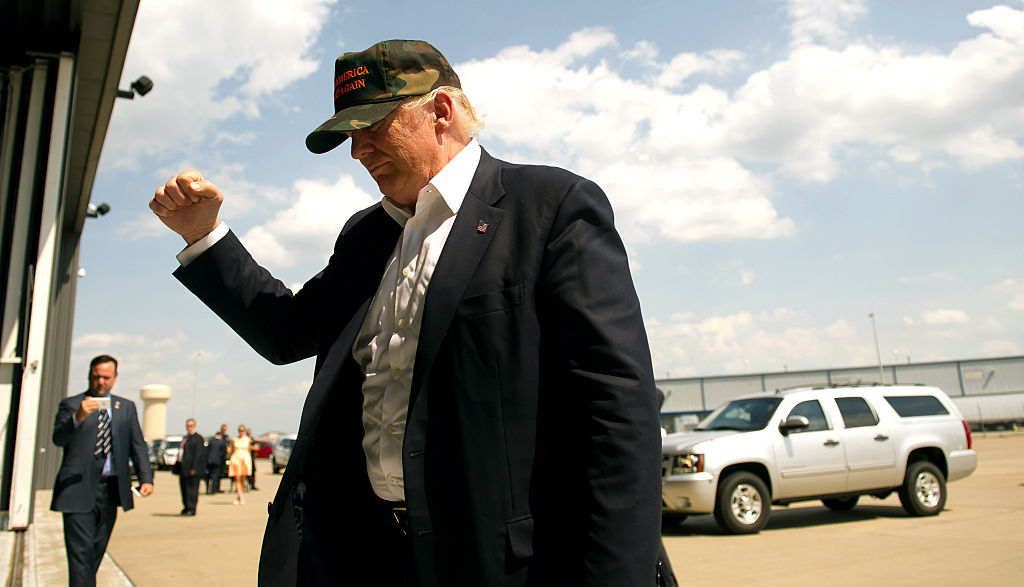 Donald Trump walks from his plane to speak to supporters at a rally on June 11, 2016 (Getty Images)

“Egypt, Libya, Syria, her whole record is a disaster. The server is a disqualifier. So it’s going to frame this,” he added. “It’s also going to frame his choice, which is imminent, of his vice president. And I think it strengthens the case for Chris Christie and Tom Cotton.”

“It would take Mitch McConnell and Paul Ryan and the written permission of the NFL and Major League Baseball to get the open convention now.”