Madonna’s version of a tribute for the Orlando terror attack victims was a picture of her making out with Britney Spears. 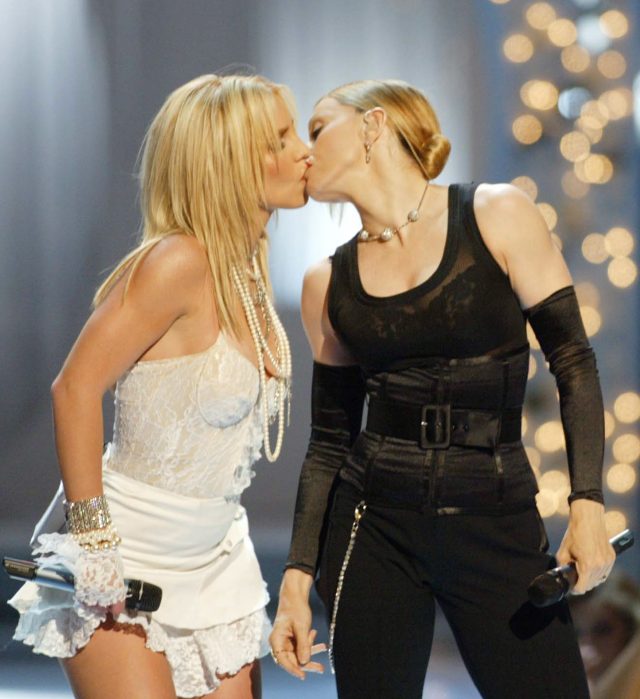 Omar Mateen opened fire on a gay nightclub and killed 49 people early Sunday morning. Madonna then posted this photo on her Twitter account.

The photo, of course, is from the MTV Video Music Awards in August 2003 when Madonna leaned over and kissed Spears during their performance with Christina Aguilera.

But fans made it very clear that they were not happy with Madonna’s post.

@Madonna are you serious right now? This isn’t about you and your fake ass kiss for publicity. I would think you’d know better.

@Madonna Expected better from you, actually.

@Madonna Way to capatililze on the lgbtqa community with “bisexuality, I kissed a girl for momentary gain”
Katy perry bullshit. over it.