This is when Spicer chimed in and questioned their objectivity. 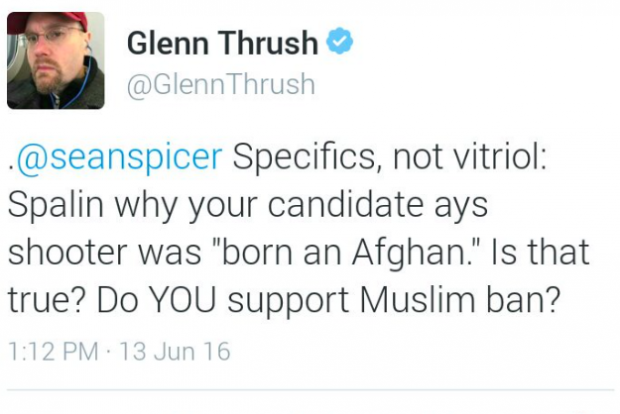 Trump misspoke about the shooter being born in Afghanistan, which is reflected in written remarks sent to reporters. The terrorist was born in New York.

Predictably, a bunch of readers lashed out about the food truck crack. For example, Purple Haired Bitch remarked, “That’s not very nice, I know some very organized food truck owners.”

Thrush sort of tried to soothe relations with Spicer.

Business Insider‘s senior editor Josh Barro tried to jump into the fray but couldn’t get a bite.

“Do you think this is a good speech?” he asked meekly on Twitter.

The GOP Convention in Cleveland should be a hoot.