Three days ago (if  you believe the June 12 time stamp), HuffPost looks as though it ran a first-person story by a supposed HuffPost reporter named Hollie Adamson about a “skinny pill” featured on the Dr. Oz show. The pill is “ZoneCore Garcinia.” The story was placed in the Health and Fitness section. 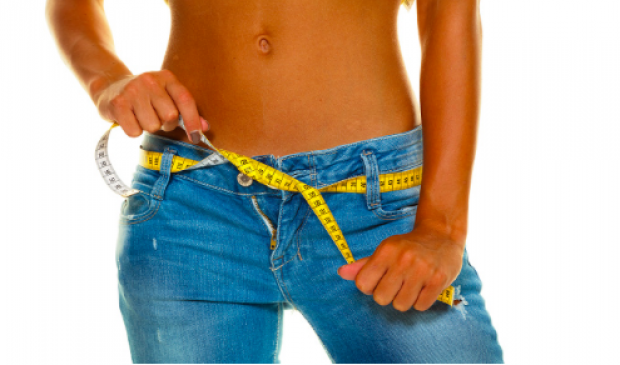 The story gets weirder.

“Hollie Adamson” writes, “Even Men have gotten in on the weight-loss action and used the same product to make some drastic physical transformations.” (Since when is “Men” capitalized in the middle of a sentence?  Who knows, but that is the least of this story’s problems.)

The piece proceeds with fat and skinny side-by-side pictures of singer Christina Aguilera.

Then, right in the middle of the story, it goes all first-person.

“If you’re feeling skeptical right now, you’re not alone. We here at Huffington Post have seen many promising products come and go over the last 9 years. When we first learned about ‘yet another’ fat-burning/body-firming product our fad radar went off right away. Even after pouring through mountains of research. While I had an educated opinion, I still had no personal proof that the ZoneCore Garcinia option was worth the time. So, with my editors blessing, I decided to go out and put the product to the test myself. What better way to find out the truth than to conduct my own study?”

“At first, I only wanted to try ZoneCore Garcinia since losing fat was my main goal. However, the pharmaceutical company behind the product advised us that the amino acid boosting, digestive cleansing and detoxifying effect of a Cleanse such as ZoneCore Super Cleanse combined with ZoneCore Garcinia would create a synergistic effect and actually lead to a 2X increase in fat loss versus using ZoneCore Garcinia alone. So after reviewing the literature, going through most of the success stories and speaking with the our internal medical staff here at Huffington Post, we came to the decision that I would achieve maximum results using both products together, as they were intended.”

She compares herself to a pig — which seems indelicate in a fat-loss article.

“Actually everyone at Huffington Post is kicking themselves for not having volunteered to be the guinea pig,” she writes.

At the conclusion of the story is the most egregious part: HuffPost fully endorses the “Skinny Pill” followed by an “exclusive offer” for readers. (The bolding is mine.)

“Like us, here at Huffington Post, you might be a little doubtful about the effects of this diet, but you need to try it for yourself; the results are real. From my own experiment I can tell you that the results are real. After conducting this personal study we are pleased to see that people really are finding success with it (myself included). And you have nothing to lose. We are confident that you too can reach your weight loss goals with ZoneCore Garcinia and ZoneCore Super Cleanse. Good luck with your own Journey!”

So who is Hollie Adamson? Is she a real reporter at HuffPost? Is HuffPost really endorsing ZoneCore Garcinia and urging readers to try it?

The first thing that pops up online is an October, 2014 story about how Khloe Kardashian lost 22 pounds by using this so-called “Skinny Pill.” It’s the SAME story that was posted on June 12 and June 14 of 2016 with the same “reporter” — Hollie Adamson — trying out this pill.

Upon closer inspection, the website’s url is www.healthyfitnesstrends.com. HuffPost’s logo is used throughout the story that includes the aforementioned details about HuffPost‘s staff who are supposedly so weight-conscious that they’re all kicking themselves for not taking advantage of popping diet pills on the company dime.

Not that we put in past HuffPost management to send staff to fat camp after the nap room and a vacation policy that allows employees to have all their emails deleted while they’re in Tahiti, but this seemed a little out there.

HuffPost publicist Sujata Mitra promptly replied, saying, “This is a fake site, not affiliated with The Huffington Post. We have forwarded this to our rights and clearances department for a cease and desist.”

As for “Hollie Adamson,” Mitra says, “No one on staff by that name, and we don’t have a blogger by that name either.”