Former Politico labor reporter Mike Elk, who went on a genitalia bender over the weekend, has officially ended our relationship.

His email subject line: “I can’t talk to you anymore Betsy.”

Which unfortunately means no more typo-laced manifestos in the middle of the night, no more emails using the slang term “cuz” for “because,” and no more details about Jim VandeHei‘s penis.

Elk was arrested in March in Chattanooga for not paying his bar tab, which The Mirror has covered extensively. Last week a judge ordered him to never return to four bars and one coffeeshop all owned by Matt Lewis (the bar owner, not the journalist). Elk took revenge by making fun of the size of his genitals, which, according to Elk, are apparently smaller than VandeHei’s. Eventually he apologized to Lewis on Twitter for raising the issue of his private parts.

Politico fired Elk — Washington Free Beacon‘s 2015 “Man of the Year” —  last summer after he made repeated attempts to organize Politico‘s newsroom. It took a little while for Elk to agree that he was canned. Even after Politico no longer considered him an employee, his union rep said he was on vacation and still a Politico employee.

After he finally declared himself no longer employed at Politico, he called some of his ex-coworkers unethical suckups, hacks, etc… to the point where Politico management issued a memo telling employees not to engage with Elk.

There aren’t enough tissues for this moment. The Mirror will undoubtedly miss Melk’s life updates. I would like to think of it as less of a breakup and more of a conscious uncoupling.

I will say this: His claim that he was trying to see how much “absurd shit” The Daily Caller would report about him is complete bullshit — believe me, there was no shortage of his opinions and he was completely serious and relentless about all of it. For many, many months we communicated entirely off-the-record and I didn’t report any of that extremely juicy information.

His complaints about women who date him are, however, true. He even had his so-called lawyer tell me to add a caveat to my stories about him that we were not involved romantically.

All in all, however misunderstood, Elk’s mostly a good guy.

See his letter to me below:

This sorta feels like breaking up. It’s not so much that we ever dated, but you’ve been thoroughly involved in my romantic life for a number of years that I associate you with dating.

Typically, at some point when women start dating me, they google me to read my reporting and discover the over 100 articles you have written about me in my career. At this point, women are horrified and don’t really call me back or they just find the articles hysterical. Then, it kinda becomes almost a group game of what kind of absurd shit we can get printed in the Daily Caller, today.

At first, I started joking around with you because well I wanted to seem cool to the chicks, who were googling me. I’d rather make it seem like I was laughing with the joke than being the butt of the joke.

However, I don’t think most people get that I am joking around with you and that I am trolling [sic] Instead, it looks like I am taking myself seriously and people just don’t get that when I say that I ‘I’d [love] to see their reaction on their face when they found out they are a fucking with a friend of Mike Allen.'”

Clearly, this is trolling on DC media culture, where I am certain people actually say this phrase. I hardly know Mike, but just thought it would be funny to say.

Anyhow, people don’t get these jokes Betsy so it’s over between us. From now on, I will be referring all media requests from the Daily Caller to Payday labor folk ombudsman J.P Wright. (cced here).

It’s been real, but its over Betsy Baby. That’s right Betsy, I am breaking up. 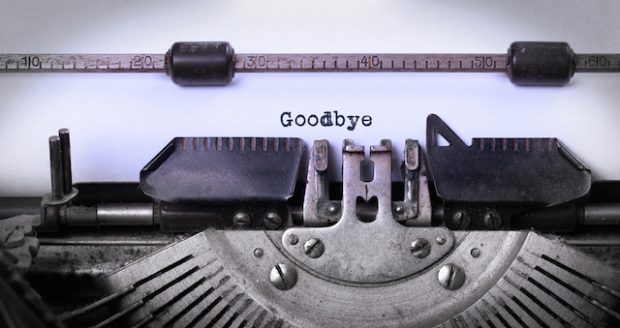 The Mirror replied to Melk: “Yeah, and I’m initiating divorce proceedings (joking). You can’t break up with me as we were never dating in any capacity. Furthermore, I can’t help what you’ve said to me. You say whatever you want to say. And there’s no gun to your head.”

Melk’s alleged final reply to me: “Not denying that – it was a fuck up on my end. I’d rather just have my reporting speak for myself.”