NHL star and Pittsburgh Penguins hero Phil Kessel might bring the Stanley Cup with him to Toronto and rub it in his old team’s face.

Kessel played several seasons for the the Toronto Maple Leafs before being shipped out of town, and his relationship the team and local media wasn’t good. He was often the target for everything that went wrong with the dumpster fire team, as pointed out by USA Today. (SLIDESHOW: This NHL Player’s Girlfriend Is A Sexy Model Almost Too Hot To Handle)

He was the only bright spot on a team that was routinely garbage, and was still never shown any respect. Now he plans on turning the tables on his former bosses. 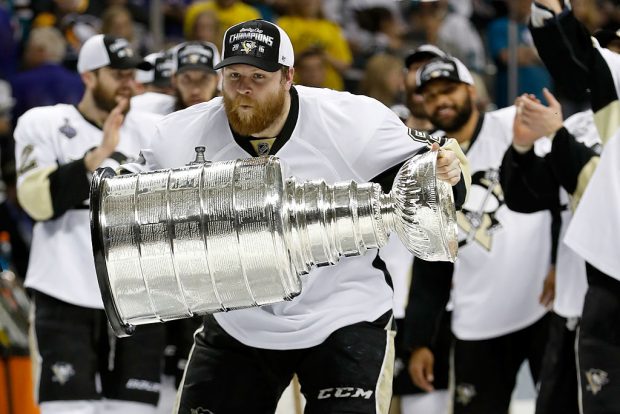 SAN JOSE, CA – JUNE 12: Phil Kessel #81 of the Pittsburgh Penguins celebrates with the Stanley Cup after their 3-1 victory to win the Stanley Cup against the San Jose Sharks in Game Six of the 2016 NHL Stanley Cup Final at SAP Center on June 12, 2016 in San Jose, California. (Photo by Christian Petersen/Getty Images)

“You know, I haven’t fully decided my plans. I have a lot of friends in Toronto. That’s kinda where I spent most of my time. I’d probably wind up bringing it back there. It’s something I haven’t fully decided. But I think there’s a good chance that it’ll happen,” the leading scorer in the playoffs told Sportsnet 590. (SLIDESHOW: This Gorgeous Olympian Loves To Show Off Lots Of Skin)

Hockey players and fans are incredibly passionate people and they hold grudges. If Kessel follows through on his plan it’ll quickly go down as one of the biggest troll moves in hockey history.