An article by The New York Times editorial board Wednesday says that the “precise motivation” of Omar Mateen, who pledged allegiance to ISIS, is not clear and mentions Republicans by name but not radical Islam.

The article, “The Corrosive Politics That Threaten L.G.B.T Americans,” hits Republican politicians promoting religious freedom and transgender bathroom laws. “While the precise motivation for the rampage remains unclear, it is evident that Mr. Mateen was driven by hatred toward gays and lesbians. Hate crimes don’t happen in a vacuum,” The New York Times editorial board wrote.

“They occur where bigotry is allowed to fester, where minorities are vilified and where people are scapegoated for political gain. Tragically, this is the state of American politics, driven too often by Republican politicians who see prejudice as something to exploit, not extinguish,” the editorial continued. 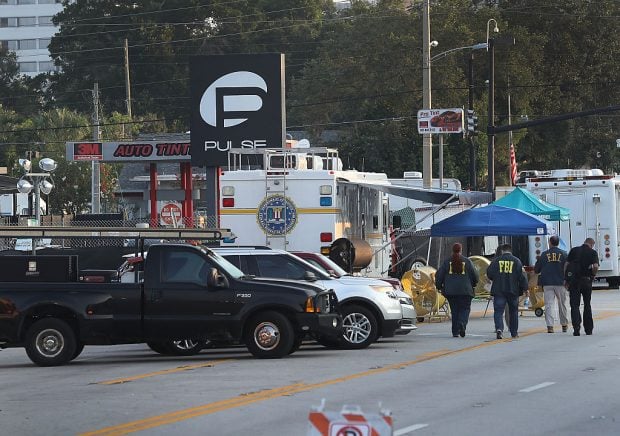 ORLANDO, FL – JUNE 15: Law enforcement officials continue to investigate the Pulse gay nightclub where Omar Mateen killed 49 people on June 15, 2016 in Orlando, Florida. The mass shooting killed 49 people and injuring 53 others in what is the deadliest mass shooting in the country’s history. (Photo by Joe Raedle/Getty Images)

The perpetrator of the terrorist attack in Orlando, Omar Mateen, called 911 during the shooting and pledged allegiance to ISIS. Mateen also expressed solidarity with the Boston Marathon bombers and with Moner Abu-Salha, an American who carried out a suicide bombing in Syria. Mateen’s father, Seddique, has also shown support for the Taliban in the past.

“As the funerals are held for those who perished on Sunday, lawmakers who have actively championed discriminatory laws and policies, and those who have quietly enabled them with votes, should force themselves to read the obituaries and look at the photos,” the editorial board wrote. “The 49 people killed in Orlando were victims of a terrorist attack. But they also need to be remembered as casualties of a society where hate has deep roots.”