In the days after the Orlando terror attack, people began spotting posters bearing pro-gun, pro-LGBT imagery all over West Hollywood.

The posters, hung on streetlights, buildings, dumpsters and utility boxes, feature the “Don’t Tread On Me” snake on a rainbow background with the hashtag #ShootBack.

@Nero is a sheepdog among the #LGBT community. #ShootBack pic.twitter.com/M0siVaepzM

There has been a strong response to the Orlando terror attack — the deadliest attack on U.S. soil since 9/11 — by several pro-gun, pro-LGBT interest groups. (RELATED: Pink Pistols — Guns Did Not Do This. A Human Being Did This.)

Pink Pistols, a group dedicated to the “legal, safe and responsible use of firearms for the sexual minority community” called Orlando “exactly the kind of heinous act that justifies our existence.”

“At such a time of tragedy, let us not reach for the low-hanging fruit of blaming the killer’s guns,” the group wrote in a statement. “Let us stay focused on the fact that someone hated gay people so much they were ready to kill or injure so many.” 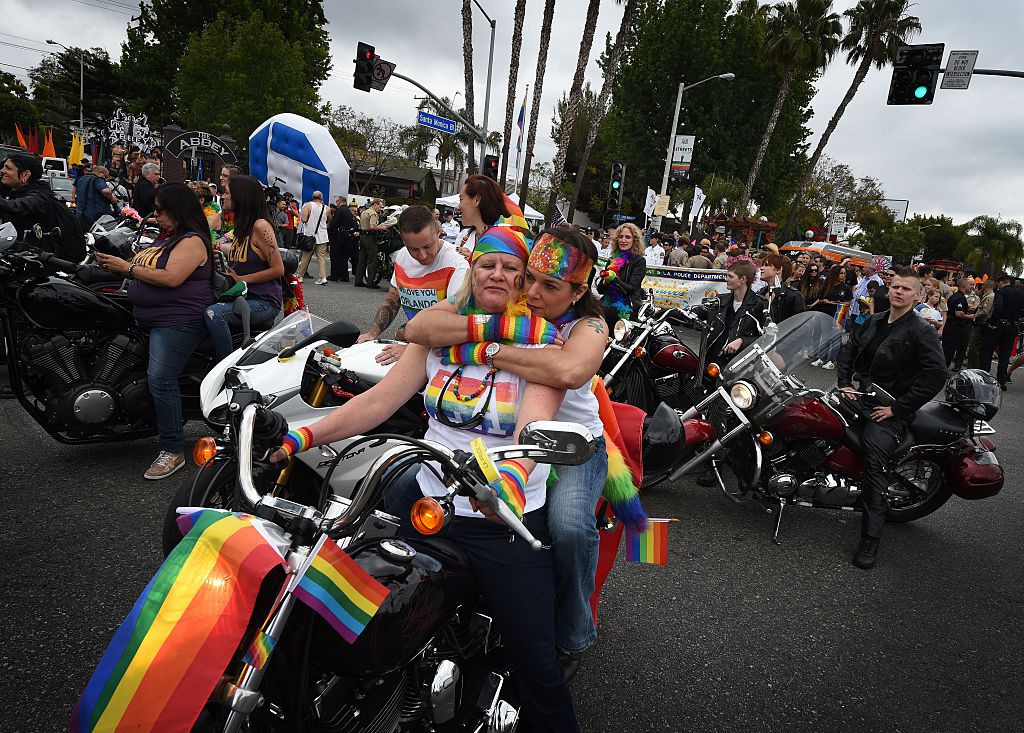 West Hollywood is one of America’s most historic, gay neighborhoods.