People were stunned to see a group of men with Nazi symbols tattooed on their bodies at Euro 2016 between Ukraine and Northern Ireland.

The game went into a rain delay because of hail, and ESPN cameras panned across the stadium to show a group of men with swastika tattooed on their chests, as first noticed by USA Today. 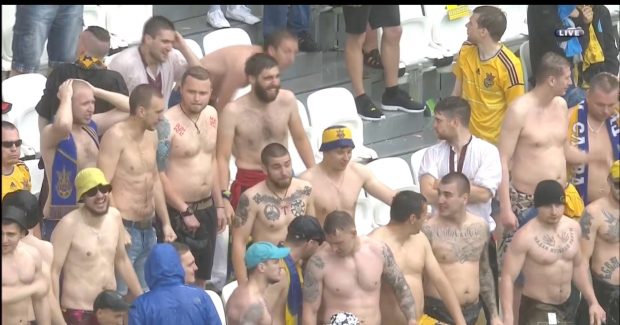 It’s unclear what the symbols mean for sure, but it’s almost certainly not something good. This isn’t the first time something suspect has happened at Euro 2016. Russian and English fans brawled in the streets after a game between the two teams.