A Dallas police officer admitted to InfoWars reporter Joe Biggs that the unruly protesters present at Donald Trump’s Thursday rally had actually been bused in from out of state.

In the video, Biggs walks with a group of Trump supporters on the outside of temporary barriers, away from the venue. (VIDEO: Black Teen Trump Supporter Shuts Down BLM Activist With Facts, Logic)

“Oh, this is interesting,” he states. “We’re actually about to walk past all the anti-Trump protesters.” 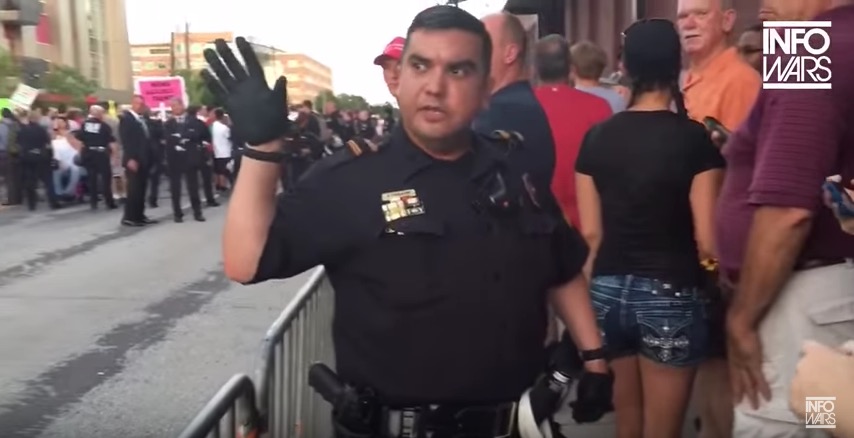 The group approaches one of the police officers, who turns to them and says “we’re going to push the protesters to that side of the street, away from y’all, so they can get to their busses quietly and not cause any problems.”

“Why do they have busses?” Biggs asks the officer, who responds, “yeah, they got bused in. Once they’re all secured on the buses — out of the picture — we’ll open [the barriers] up, and you all can go to your cars.”