A former Secret Service agent claims that things got so heated during Bill Clinton’s presidency over his affairs that the Secret Service discussed the prospect of “domestic violence” between Hillary and her husband.

According to The New York Post, Gary J. Byrne’s upcoming book — “Crisis of Character: A White House Secret Service Officer Discloses his Firsthand Experience with Hillary, Bill, and How They Operate” —  claims President Clinton was having an affair with Monica Lewinsky he was also having one with former Vice President Walter Mondale’s daughter, Eleanor Mondale, who passed away in 2011 due to brain cancer. (RELATED: Former Secret Service Member: ‘Hillary Lacks The Temperament To Be President’) 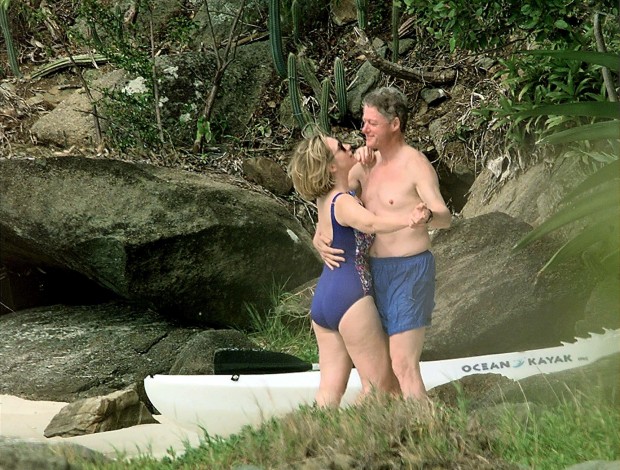 In the book, Byrne writes, “There before us was E! Network host Eleanor Mondale . . . and President Clinton in a compromising position, that is, making out on the Map Room table.” (RELATED: Author: Secret Service Hillary Tell-All Should Be Believed)

According to Byrne, he was “The last barrier before Monica Lewinsky saw Bill Clinton.” Moreover, Lewinsky was jealous of Mondale’s relationship with the president. (RELATED: Former White House Staffer Spills The Beans On The ‘Paranoid’ Clintons)

Byrne writes that on December 6, 1997, Lewinsky paid a visit to Clinton at the White House but she was denied entrance. “The president is still with another appointment,” Clinton’s secretary Betty Currie told the Secret Service officer at the gate who then forwarded the message to Lewinsky.

“Monica, however, still regarded herself quite favorably as the president’s singular mistress. So now she was pissed off. She pressed the officer about the delay and wanted to know why she was left standing in his security booth. He lashed back,” Byrne claims.

“You have to wait. He’s with his other piece of a–. Wait till he’s finished,” the Secret Service officer allegedly told her.

It was evident to all parties involved that the reason Lewinsky was denied entrance was because Bill Clinton was “screwing with Eleanor in the Oval Office.”

Byrne claims that Lewinsky replied, “What’s he want with her when he has this?”

In the book, due out June, 28, Byrne claims, “Eleanor Mondale and Monica Lewinsky could not satiate the president’s horndog sexual desires.”

After being made aware of “semen and lipstick-stained towels,” Byrne wondered, “What if [the first lady] ran into the president with Monica or with another mistress? Would I have to protect the president from his irate wife — or even from a mistress?”

According to Byrne, the former First Lady is a self-centered, tantrum-throwing, physical abuser who also knew how to use a gun.

With those things in mind, Byrne claims that the Secret Service was prepared to deal with any “domestic violence” between the Hillary and Bill. The agency tasked with protecting the president even became concerned that they would have to protect Bill from his “volcanic — and occasionally violent — wife.”

“Mrs. Clinton was a joke, taking herself and the entire administration minutiae so seriously. Her ‘brand’ was her only concern,” Byrne writes about Clinton.