Charles Krauthammer says that, under the Obama administration, “you are not to make any reference that could possibly indict Islam or radical Islamism in a mass murder.”

Appearing on Fox News’s “Special Report” on Monday with guest host Shannon Bream, commenting on the administration’s censoring of the Orlando terrorist attack 911 call transcript, Krauthammer said, “Everybody could see what the words underneath were and what exactly are [the Obama administration, FBI, DOJ] accomplishing pretending they weren’t said? And it exposes the administration as fanatical in trying to cover up and hide the connection with Islam.” (RELATED: FBI On Orlando Terrorist Attack: Unedited Transcript ‘Might Inflame Other People’ [VIDEO])

While the White House “may not have issued the order [to remove references to ISIS from the transcripts] but everybody understands under President Obama you are not to make any reference that could possibly indict Islam or radical Islamism in a mass murder,” Krauthammer said. “So you have to pretend otherwise.” (RELATED: Obama: ISIS Fighters Are Not ‘Religious Warriors. They Are Thugs’ [VIDEO])

“Look, the reason [the Obama administration] did a pivot is because it was beyond stupid, it was ridiculous, it was an embarrassment,” Krauthammer argued. (RELATED: Ryan: Obama Admin ‘Selectively Editing’ Orlando Terrorist Transcript ‘Is Preposterous’) 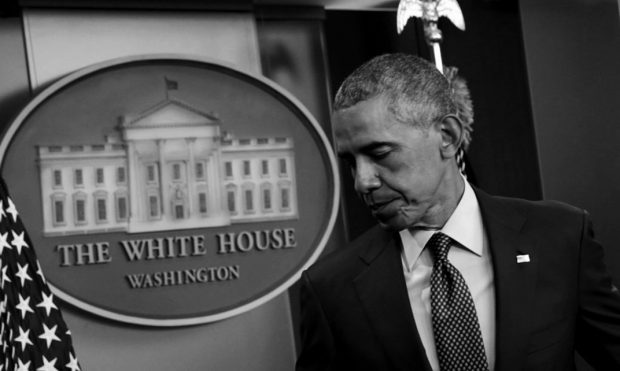 “The guy goes in there and says I’m doing this as a soldier of Allah in the name of Baghdadi and essentially declaring his allegiance and you are going to pretend it is something else and has to do with guns or has to do with homophobia? It’s not going to work.” (RELATED: After Backlash, FBI Releases Full Transcript Of Orlando Terrorist’s 911 Call)

“The other thing is, put this in the context of the eight minutes or 10 minutes of the State Department record of the Rosen inquiry having to do with lying in the name of protecting the negotiations, you have got the administration no respect for historical record for actual events,” Krauthammer insisted. “That’s a larger issue and that’s disturbing.”