The one exception to Wednesday night tavern festivities in the Aiken Brewing Company in downtown Aiken, South Carolina — where locals gathered to sip locally-made beer and cheer the Atlanta Braves — was the tavern owner, Rob Pruitt.

It wasn’t because Pruitt loves the Cubs. Rather, Pruitt was worried that a key energy project in his area would go belly up, and in turn affect his business.

“That MOX facility they are building and the Savannah River Site is really important to local businesses and provides jobs in our area,” Pruitt said.

The future of the MOX, or mixed-oxide fuel, facility is threatened by the Obama administration’s so-called “war on nuclear power.” The U.S has carried out nuclear research since the 1950s. The Obama administration, however, believes that MOX is too costly and decided to defund the program beginning in 2013. The administration reiterated its commitment to closing the facility as recently as February.

Many of the locals sipping brews are employees of the Savannah River Site, a highly secure federal facility in South Carolina that is larger than the state of Rhode Island. 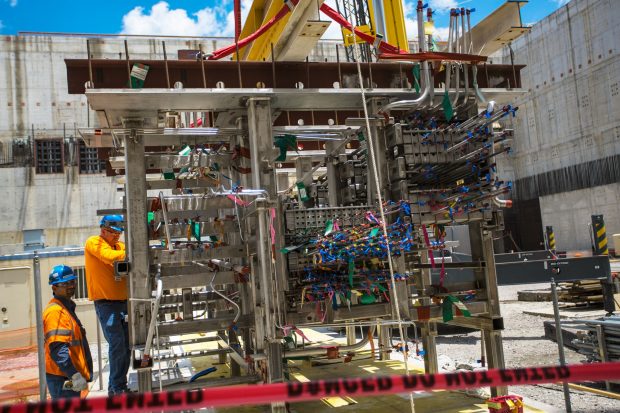 “Basically all ten of the brewmasters here are retired or current engineers at the Savannah River Site,” Pruitt says. “A lot of engineers it seems also like to brew beer.”

But it’s not just about the jobs, it’s also about living up to the U.S.’s nuclear disarmament agreement with the Russian Federation. Obama seems to want to kill two birds with one stone: derail another nuclear energy project all while defying Russian President Vladimir Putin.

“The MOX program represents the best and the worst in government programs,” South Carolina Sen. Lindsey Graham told The Daily Caller News Foundation. “The cost is high yet at the same time this is an opportunity to turn swords into plowshares.”

“Obama is letting this opportunity slip away and allowing the Russians to take the high road,” Graham said, referring to the fact that Russia has completed and already put into service a facility to convert nuclear weapons into civilian fuel.

“There are those in this administration who want to kill MOX because they are against the revival of clean and safe nuclear power in this country,” Graham said.

In defunding MOX, the Obama administration would break apart a rare example of bipartisan consensus on nuclear de-proliferation, and could also signal a unilateral withdraw from a diplomatic agreement between the U.S. and Russia in 2010, which called the nations to de-weaponize 34 tons of weapons-grade plutonium. In total, the 68 tons represents enough material to create 17,000 nuclear weapons.

Cost overruns have plagued the MOX project. Graham and allies in Congress have, despite Obama’s wishes, found some $340 million for the program to keep the U.S. commitments alive, but it’s not clear how much longer they can keep the project going.

Rather than fulfill its current international obligations to build MOX, however, the Department of Energy has proposed instead to simply dilute some 34 tonnes of weapons-grade plutonium for storage at a waste facility in New Mexico.

“The Administration remains firmly committed to disposing of surplus weapon-grade plutonium,” a DOE official told TheDCNF. “Internal and independent analyses have confirmed that the MOX fuel approach is significantly more expensive, risky and slower than anticipated. The dilute and dispose alternative is a faster, proven, much less expensive option that will allow us to begin removing plutonium from South Carolina decades sooner than MOX.” 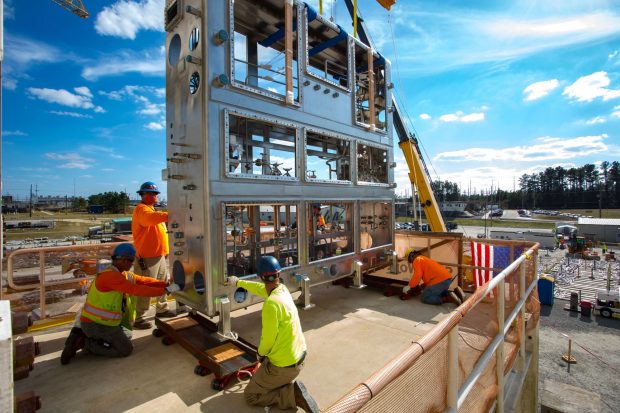 A module is prepared to be lifted by crane and installed in the active gallery at the Mixed Oxide Fuel Fabrication facility. (Credit: CBI & AREVA MOX Services)

“South Carolina stepped-up to the plate on this issue,” Graham said. “If you cancel this program you will have spent 4.8 billion on a project that is 70 percent complete.  And you are looking at an alternative that is like jumping from the frying pan into the fire in terms of plausibility. Why not spend the money to finish this project instead of creating a white elephant?”

Graham noted it only took five years for the Obama administration to reverse its view on MOX.

“Now just five years later the administration is claiming MOX costs 10 times what it did in 2010. How can the cost-estimates be that different?” he said. “Whoever is responsible for this incompetence at the DOE should be fired.”

Putin himself even noted Obama’s move to end MOX is an example of American duplicity in an April statement.

Will Williams, president and CEO of the Aiken-Edgefield Economic Development Partnership, believes the federal government should honor its commitment to South Carolina to finish MOX.

Williams sees MOX as part of a resurgence of nuclear power in the South, especially as Environmental Protection Agency regulations force coal-fired power plants offline over global warming fears. Nuclear power, on the other hand, emits no greenhouse gases and can provide baseload power on demand, unlike wind turbines and solar panels.

New nuclear reactors are planned in Tennessee, South Carolina, and Georgia, making the region a hub for nuclear energy. 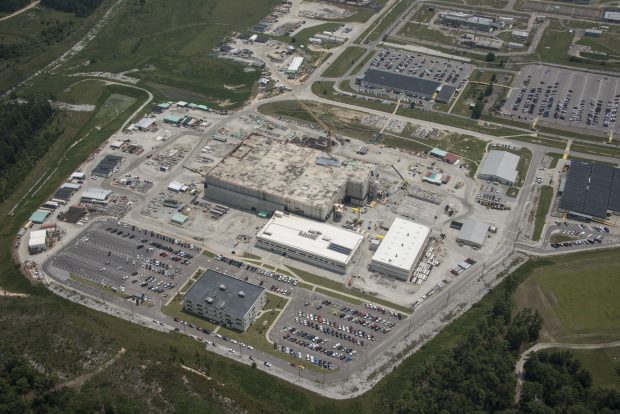 An aerial view of the MOX project at the Savannah River Site in Aiken, S.C. (Credit: MOX Services)

But Obama could put all that at risk. At stake are some 3,000 jobs either directly or indirectly employed by the MOX project. Hundreds have been laid off since 2013 and some 60 employees were laid off this year. More layoffs are likely in an area where Savannah River Site has become part of the local community.

Down the road from the Savannah River Site, a squat two-story office building is home to the Citizens for Nuclear Technology Awareness, a local NGO that educates the public about nuclear energy issues. Here, retired Vice Admiral Charles L. Munns believes the Department of Energy’s decision to defund MOX is in violation of an agreement with both Russia and with the people of South Carolina.

“MOX helps our country and the world control nuclear materials, I think it’s an even bigger issue today than when I ran the nuclear submarine fleet,” he explained. “In an unstable world we should keep to our commitments as the relate to non-proliferation, the whole world is watching us as the super-power and my biggest fear if we walk away from MOX it will weaken our inspection regime with Russia and with other countries.”

A 45-minute drive away across the Savannah River, in downtown Augusta, Georgia., Will Salters listens to the hum of power tools.

Salters, the business manager of the International Brotherhood of Electrical Workers (IBEW) Local 1579, knows MOX well. He has toured the site and worked at the Savannah River Site throughout his career as an electrician. Salters just doesn’t get Obama’s plan to kill MOX.

“Why Obama trying to defund MOX as we know that nuclear energy is increasingly important to this area and nuclear energy doesn’t produce emissions?,” he said. “If you look at MOX from the outside you would almost think it is complete, and the project is at least 70 percent done.” 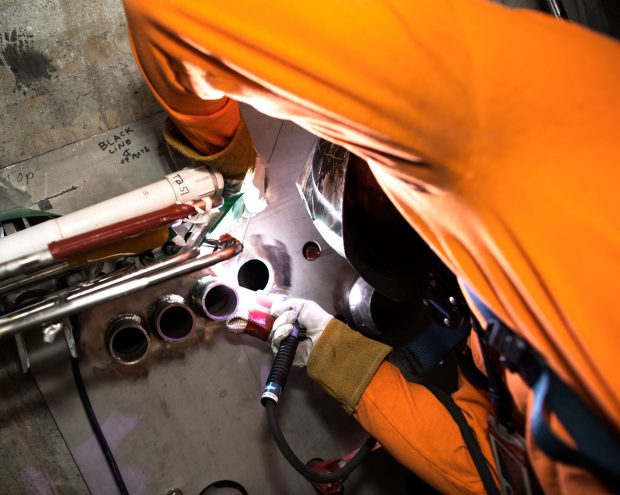 Downstairs, employees work on a renovation of the IBEW union hall that was first built in the 1950s. The hall sits in Augusta’s historic downtown. Augusta escaped damage during the Civil War, but its downtown is marred by an unfortunate, out-of-place skyscraper renovation — in the shade of which stands a statue to Augusta’s most famous native son, James Brown.

Close to a hundred IBEW electricians work at MOX, and Salters is concerned no Democratic presidential candidates have addressed the status of the project. Presidential candidate Hillary Clinton, who was secretary of state when the agreement with Russia was signed, hasn’t even weighed in on the project’s fate.

“MOX means good high quality jobs union jobs, it can be easier for union workers to get security clearance to work on the site and we get members all the way from Las Vegas coming here to work,” Salters said.

One of the IBEW locals most noteworthy members is the son of singer James Brown, and he too has spent much of his career working at the Savannah River Site. 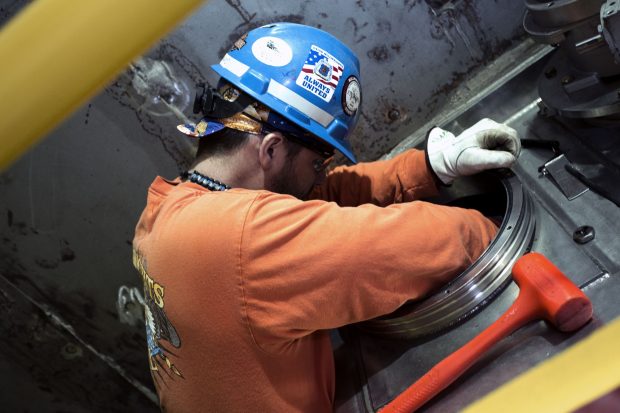