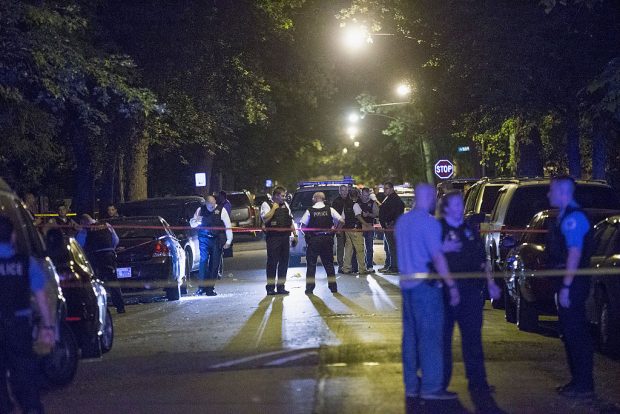 CHICAGO, IL – SEPTEMBER 28: Police officers investigate a shooting scene where 5 people were reported to have been shot, including an 11-month-old infant, on September 28, 2015 in Chicago, Illinois. Chicago, like many major cities in the United States, has experienced a surge in shootings this year. (Photo by Scott Olson/Getty Images)

In the cities of San Antonio, Chicago, Phoenix and Houston murders are up more than 50 percent in the first portion of 2016 when compared to the same time frame in 2014. The study used local police department figures starting on Jan. 1 of 2016 and 2014. Due to differing availability of data, some of the date ranges extend to April 30 and others to May 30. They remain consistent, though, when comparing that city’s crime numbers to a previous year.

[dcquiz] The other cities the study showed with an increase in homicides are Detroit, Philadelphia, Fort Worth, New York City, Memphis, Denver, San Diego, Dallas, Seattle, and Austin. Murders are down in Boston and Los Angeles.

In six other cities, New York City and San Diego included, violent crime went down when comparing the beginning of 2014 and 2016. (RELATED:Criminal Justice Bill Lowers Punishment For Smuggling Drugs In Submarines) 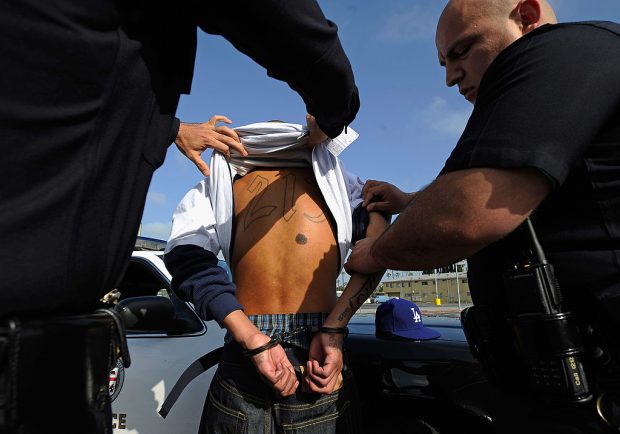 LOS ANGELES, CA – APRIL 29: Los Angeles Police Department officers from the 77th Street division detain a twenty-year old “Street Villains” gang member who was recently released from prison on April 29, 2012 in Los Angeles, California. The 77th Street division patrol the same neighborhood that truck driver Reginald Denny was nearly beaten to death by a group of black assailants at the intersection of Florence and Normandie Avenues. It?s been 20 years since the verdict was handed down in the Rodney King case that sparked infamous Los Angeles riots. (Photo by Kevork Djansezian/Getty Images)

Currently, Gallup polling shows Americans’ worries about crime are at a 15-year high. Fifty-three percent of Americans said they “personally worry about crime and violence … a great deal” in a March 2016 poll.