“They’re getting telegraphed this message by President Obama and the administration: ‘make it to the border, you’re home free,'” Babeu explained.

“This is troubling because just in these eight months, we’ve seen more [illegal immigrants] than in all of last year,” he said. (RELATED: Terror Expert: Obama’s Policies Practically Guarantee Another Terror Attack Before The Election) 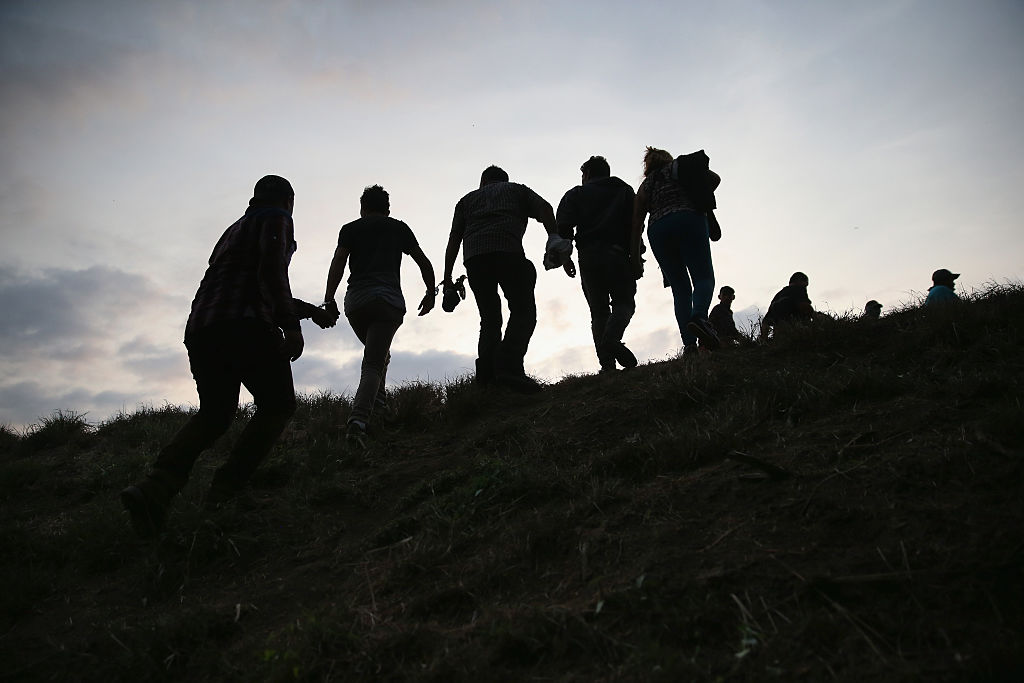 Undocumented immigrants are led after being caught and handcuffed by Border Patrol agents near the U.S.-Mexico border (Getty Images)

“I just want Barack Obama to do his job, to secure the border, to protect America because it’s no longer about children, it’s no longer about the Mexican cartels that my deputies and local Border Patrol are fighting,” he continued. “This is about terrorism. This unsecured border is a likely avenue of approach for terrorists to sneak into America, and it’s got to be secured.”