Senior Obama advisor Valerie Jarrett told reporters on a Monday conference call that the way to stop mass shootings is to “drown out” the voice of the NRA.

“When those voices are heard, there is no stronger sound than the voices of the American people,” Jarrett stated. 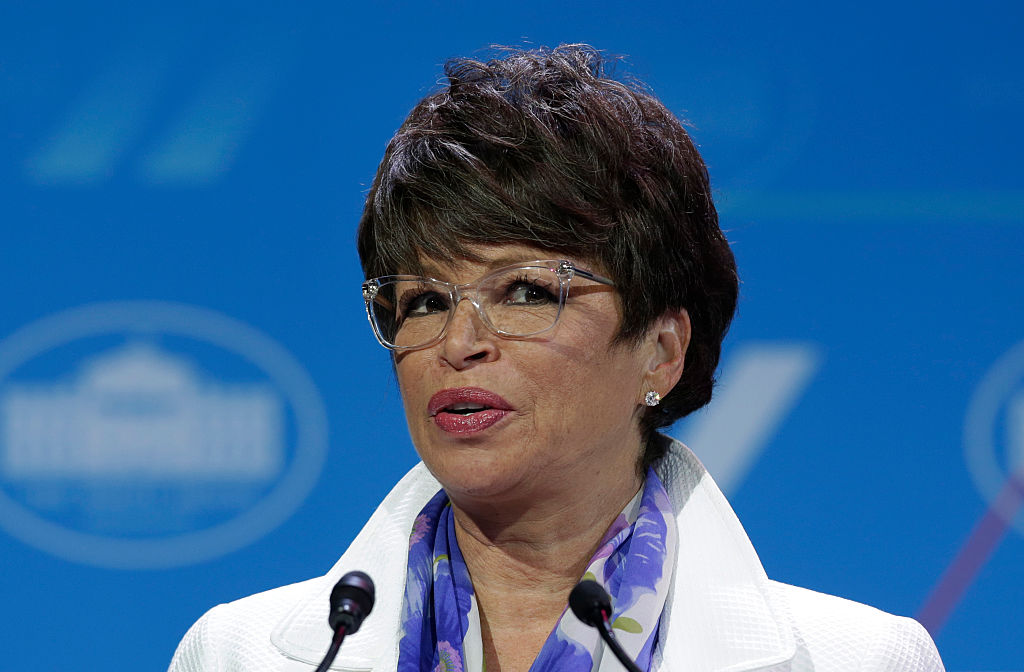 Valerie Jarrett, Senior Advisor to the President and Chair, White House Council on Women and Girls, speaks on a stage at the White House Summit on the United State of Women in Washington, DC (Getty Images)

“What we see on the other side is a powerful, well-funded special interest group, the NRA,” she continued. “And the NRA has one issue that they care about, and the NRA has never been willing over the course of the last seven or so years to come to the table and work with us to try to keep guns out of the hands of those who would be a threat to themselves or to others.” (VIDEO: NRA VP — ‘We Need To Face What’s Coming. They’re Trying To Kill Us)

Finally, Jarrett called on the American to people to call for common sense gun reform.

“What we need to have is a voice just as strong, just as effective, just as powerful to drown out that of the NRA.”