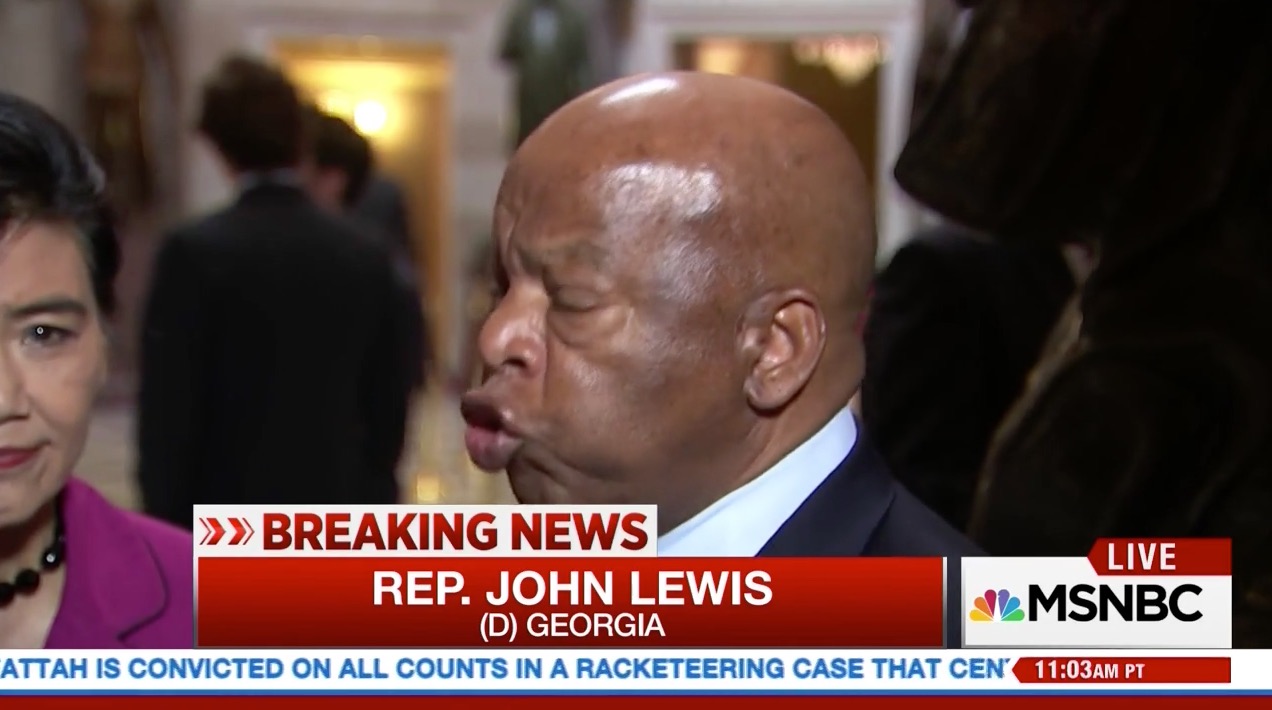 Though liberals used the #DoYourJob hashtag to criticize congressional Republicans for shutting down the government during the Fall of 2013, Russert and MSNBC host Thomas Roberts both heaped praise upon the Georgia Democrat.

“You’ve had a distinguished congressional career. You’ve been here for many terms,” Russert posed. “Many of your colleagues have never seen anything like this. The floor of the House of Representatives taken over by one party, using tactics you devised during the Civil Rights Movement. How extraordinary is it?”

“Congressman Lewis, put this in history for me,” he continued. “You’re a civil rights veteran. You’ve been on Capitol Hill for a long time. You’ve seen this work, you’ve seen it not work.”

“Where does this stack up for you in terms of what you’ve accomplished in life?”

So, to be clear, the party that started the #DoYourJob hashtag is the party now sitting on the floor until they get their way.