Ariel Winter defended her right to wear scandalous clothing after she was criticized for her outfit choices.

The 18-year-old “Modern Family” actress recently wore a pale pink dress that revealed a generous amount of cleavage to her graduation party, but she stood by her ensemble this week.

“Dear sorry body-shamers, I looked HOT in that dress,” Winter wrote on Instagram. “And if you hate it, don’t buy it. But please get a hobby.”

“Embrace all that you are,” she added in another photo. “Don’t let those outside voices become your inner voice.” (RELATED: This Actress Says She ‘Felt So Much Happier’ After Her Breast Reduction)

After becoming an F-cup at 13 years old, Winter got a breast reduction earlier this year.

“Suddenly, people didn’t want to talk about my job — they just wanted to talk about my cleavage,” Winter wrote. “I’d go to awards shows and the next day see everyone on the Internet telling me I shouldn’t look like this and dress like that.” 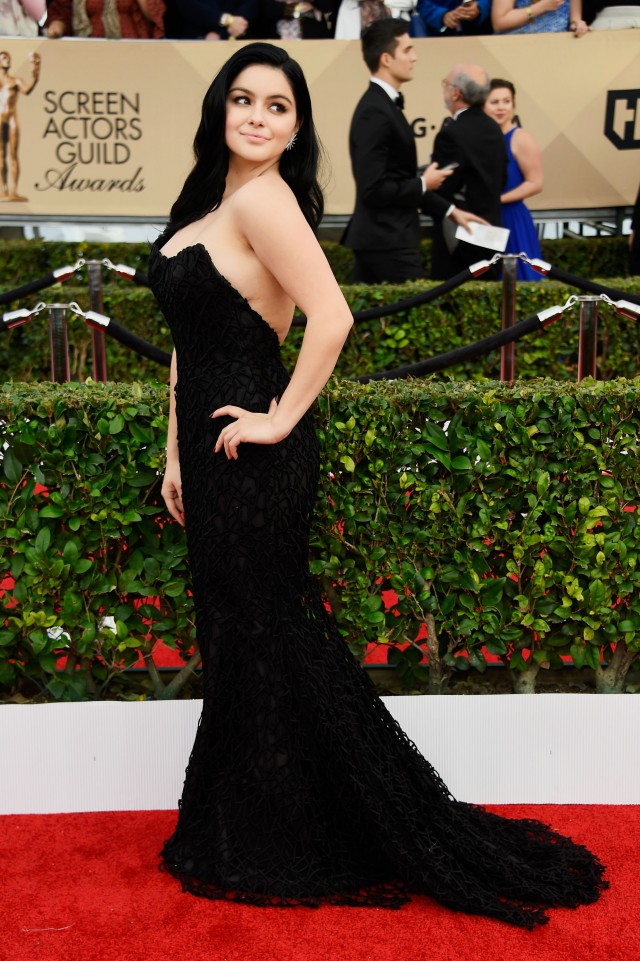 “The conversation became about my looks instead of my talent and work — everything that I didn’t want. I even started getting messages from older male fans, and let’s just say they were gross.” (RELATED: This Actress Says She’s Not Ashamed Of Her Breast Reduction)