UFC superstar Paige VanZant explained to ESPN that she initially turned to fighting because she was bullied.

“I’ve never been able to speak out about what happened to me in high school and the bullying I went through. It’s something that I still don’t completely share everything that happened to me because I don’t think you have to. When you have something that traumatic in your past it’s something you don’t have to let it define you. You just have to grow from it and be better person because of it. Let that make you stronger and I really feel that everything I went through made me the fighter that I am today,” VanZant told ESPN when asked how being bullied led her to take up fighting. (SLIDESHOW: These Are The Hottest Photos Of Ronda Rousey On The Internet)

She added that it “feels amazing” that she can now serve as a role model to young women that contact her with similar problems. (SLIDESHOW: This Gorgeous Olympian Loves To Show Off Lots Of Skin)

Anybody who bullied VanZant when she was in high school should probably find a nuclear bunker and never leave. 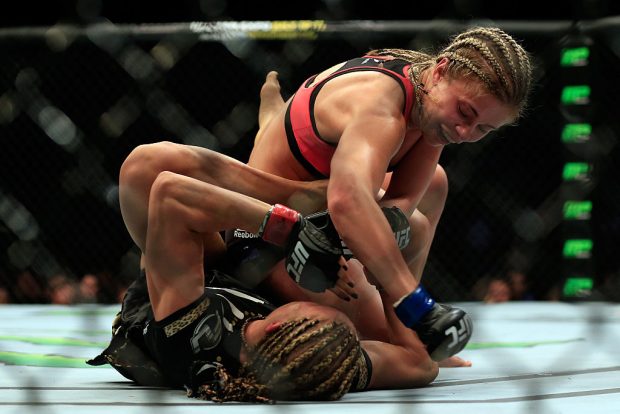 A person who trains to smash people’s faces is not the woman you want to be on the bad side of.