LeBron James has reportedly enrolled his children in a California school.

The three-time NBA champion recently said he wasn’t leaving leaving Cleveland, but now he is apparently taking his kids to Brentwood, California, according to Terez Owens. (RELATED: LeBron James Announces Where He Will Play Next Year) 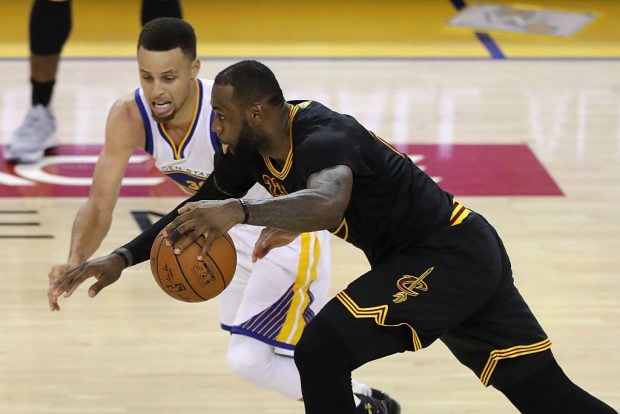 OAKLAND, CA – JUNE 19: LeBron James #23 of the Cleveland Cavaliers drives with the ball against Stephen Curry #30 of the Golden State Warriors in Game 7 of the 2016 NBA Finals at ORACLE Arena on June 19, 2016 in Oakland, California. (Photo by Ronald Martinez/Getty Images)

If the report is true then it is most certainly a sign that James is thinking about playing for the Lakers, or at the very least wants Cavaliers management to believe he might. (SLIDESHOW: This Gorgeous Olympian Loves To Show Off Lots Of Skin)

It looks like this summer will have everybody’s eyes on James for whatever could happen next.