That’s according to a new analysis released Monday by the Senate subcommittee on Immigration and the National Interest.

Currently, the Obama administration is planning to take in 10,000 Syrian refugees in fiscal year 2016, which ends September 30.

In total, the Obama administration is planning to take in 85,000 refugees, while the original plan was to take in 100,000 refugees. Clinton’s proposal would potentially increase that number to 155,000 refugees entering the United States annually.

The total cost of refugees is not included in the resettlement budget provided to the Department of State and Department of Health and Human Services because of the myriad of social services refugees qualify for. 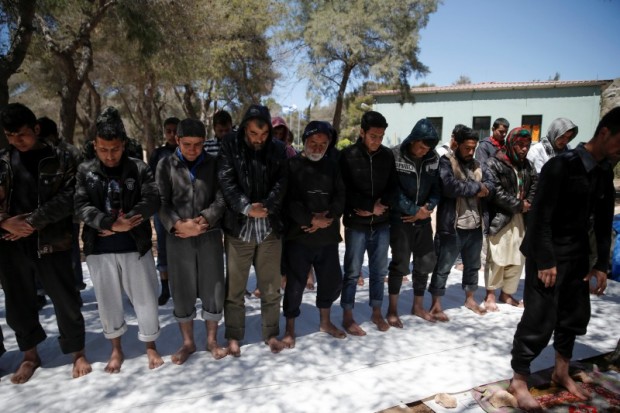 Men pray among trees at a camp for refugees and migrants in Schisto, near Athens, Greece, April 26, 2016. REUTERS/Alkis Konstantinidis 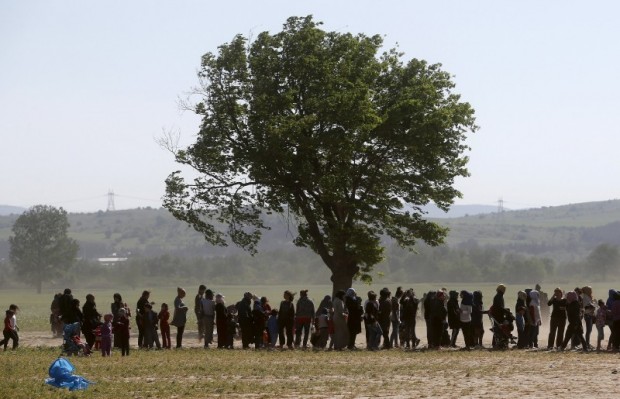 People line up for food during heavy winds at a makeshift camp for migrants and refugees at the Greek-Macedonian border near the village of Idomeni, Greece, April 20, 2016. REUTERS/Stoyan Nenov

Robert Rector, a scholar at the Heritage Foundation, estimated the costs of local, state, and federal benefits for refugees and found that the lifetime cost of admitting 10,000 refugees is $6.5 billion.

If Hillary Clinton, were to employ her refugee plan in office, her first year would lead to an estimated lifetime cost to taxpayers of of $100.7 billion.

Four years of a Clinton presidency with that rate of refugee resettlement would have a lifetime cost of $403 billion to taxpayers.

These figures also do not include the costs that would come along with resettling the family members of those refugees in the United States.

One year after being resettled, refugees are allowed to obtain Lawful Resident Status — green cards — and petition for family members to come over to the United States.

Five years after entering the U.S., refugees are able to become naturalized citizens and further petition for family members to come over.

There is also a program known as “follow-to-join” which allows for refugees to petition within in their first two years of entry for the admittance of spouses and unmarried children.

Refugees can also enter the U.S. through “private sponsorship.” That would include either work authorizations, student visas or medical visas. These refugees would not fall under the cap set by the government.