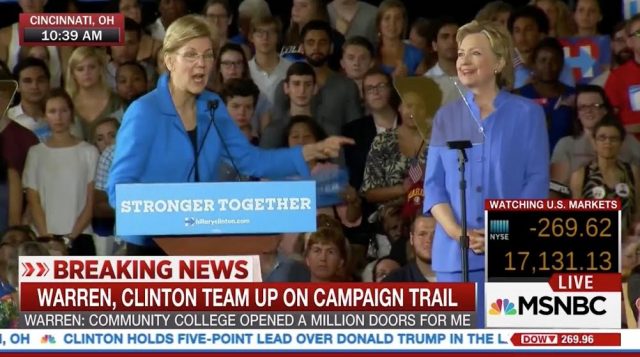 The two women wore matching blue pantsuits when Warren joined Clinton on the campaign trail for the first time in Cincinnati, Ohio Monday. 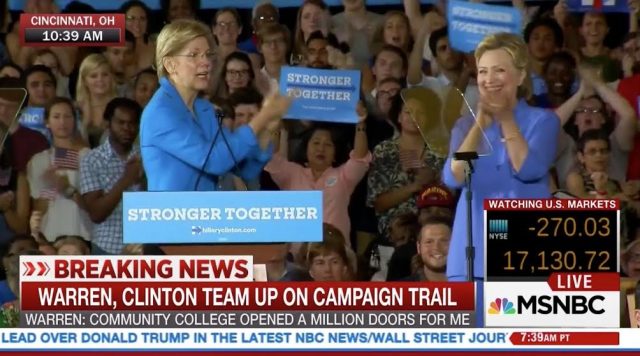 “I am here today because I’m with her,” Warren told the crowd as she introduced Clinton. “Hillary fights for us. You know I could do this all day, right?”

While at the lectern, Warren criticized Donald Trump.

“Donald Trump believes in defrauding students to help himself,” Warren said. “He is a thin-skinned bully who is driven by greed and hate.”

Whose idea was it to send Hillary Clinton and Elizabeth Warren on the campaign trail with her wearing matching outfits?

They even have matching outfits https://t.co/r3UMhbq8K7

Hillary Clinton and Elizabeth Warren are campaigning together. But they look like two old sisters in matching powder blue power suits