Legendary Tennessee women’s basketball coach Pat Summitt died on Tuesday morning at the age of 64, according to multiple reports.

Her son Tyler released a statement saying, “Since 2011, my mother has battled her toughest opponent, early onset dementia, ‘Alzheimer’s Type,’ and she did so with bravely fierce determination just as she did with every opponent she ever faced. Even though it’s incredibly difficult to come to terms that she is no longer with us, we can all find peace in knowing she no longer carries the heavy burden of this disease.” 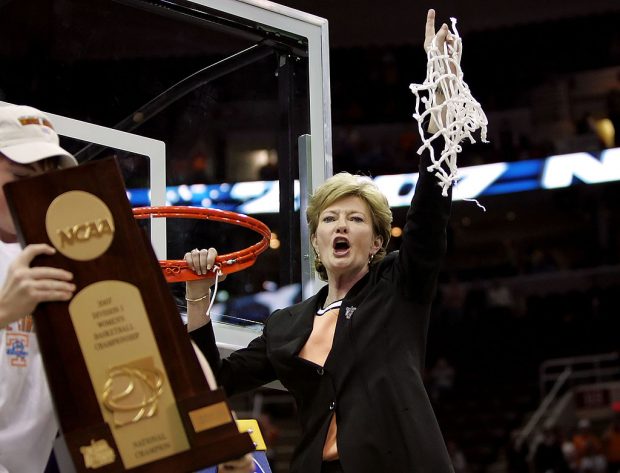 Summitt is the winningest basketball coach in the history D1 NCAA athletics.

She won eight national championships with the Vols, and will likely go down as the greatest women’s basketball coach ever.