Darrell Hammond said one of the reasons Donald Trump has been so successful during the election is because he’s confident. 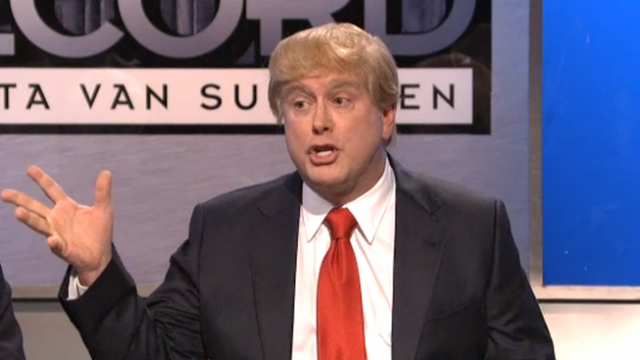 The 60-year-old actor returned to “Saturday Night Live” to replace the late Don Pardo as announcer, but when they asked him to play the presumptive Republican nominee, he couldn’t turn it down.

“I know him pretty well,” Hammond said during an interview with the Daily Beast. “He can take a punch. And I’ve done it for him before, in the past, and he’s pretty confident in himself.”

“The guy doesn’t even have any bad habits,” he continued. “I don’t even know if he drinks coffee. And I think it’s because he enjoys himself and he expects things to be good.” (RELATED: Donald Trump To Host ‘Saturday Night Live’)

“I never saw this combative guy — I never knew that guy before. And I haven’t really talked to him that much since he started running for president. I watched one debate where there was one on the right, one on the left of him, both attacking him, plus the moderator attacking him and it looked, honestly, like a mugging. And afterwards, he was like, ‘I thought it was fine, I enjoyed it.’ So, you know, he’s a really unusual guy.”

Hammond said Trump is different when he’s not in the political arena.

“When he came on our show, the first time he hosted [in 2004], he came earlier and stayed later than anyone. He enjoys people — when he’s not in the political arena. When it’s just him standing there, he can get into talking with the key grip.” (RELATED: Donald Trump Gives SNL ‘Best Ratings In Years’)