Here’s A List Of Some Of The Most Unusual Animals, Reptiles Available At A Typical Wuhan Wet Market
Brandon Katz Contributor
June 29, 2016 12:06 PM ET
Font Size:

James Cameron is not one of the millions of fans who particularly enjoyed “Star Wars: The Force Awakens.” The director recently opened up about J.J. Abrams’ vision of the iconic blockbuster franchise and he was far from complimentary.

“George Lucas is a friend of mind, and he and I were having a good conversation the other day about it,” Cameron said in a recent interview. “I don’t want to say too much about the film cause I also have a lot of respect for J.J. Abrams, and I want to see where they’re taking it next, to see what they’re doing with it.

“For me the jury’s still out,” he continued. “I want to see where they go with it.” 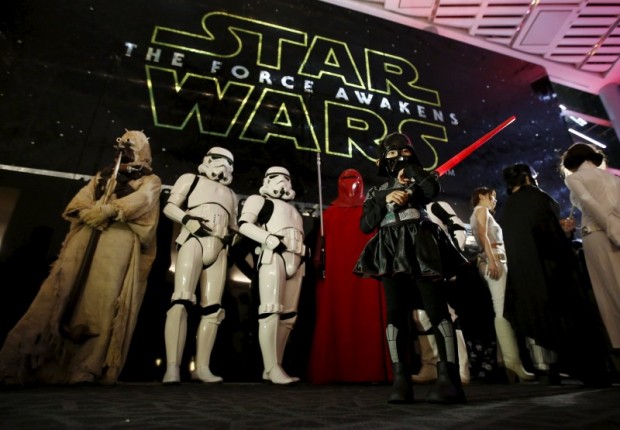 Cameron, meanwhile, has not come out with a film since 2009’s box office record setter “Avatar.” He is currently working on several sequels for the film, with the first set to arrive in 2018.

You can see Cameron’s full comments below.

1
'Lost The Credibility': WHO Faces Mounting Backlash For Aiding China's Coronavirus Cover Up
World
2
Was The Stockpile Shortage Under Obama A Result Of The Tea Party? Not So Fast
Media
3
Zoom Teleconferencing App Exposed Data To China
Tech
4
REPORT: More Than 40,000 People Have Arrived In The US From China Since Trump Restricted Travel
World
5
Trump Agrees '100%' With Firing USS Roosevelt Captain
US