Jon Snow’s real name might not be Jon Snow. 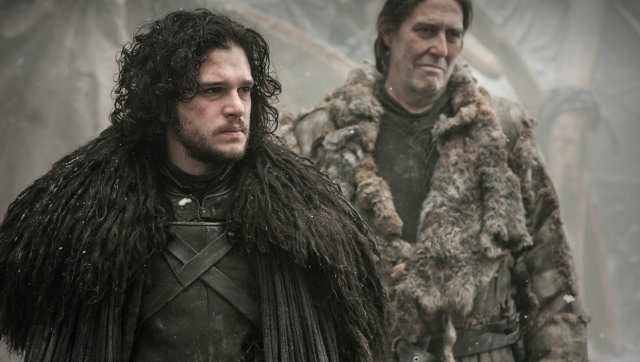 Thanks to a scene in the season finale, and some devoted lip reading by one woman on the Internet, “Game of Thrones” fans have learned what Kit Harington’s character’s real name is.

She determined that Snow’s real name is “Jaehaerys.”

“Jaehaerys I was the 4th Targaryen king to sit the Iron Throne,” Williams noted on Reddit. “He was known as ‘the Wise,’ ‘The Conciliator,’ and ‘the Old King.’ His long rule was prosperous and he was aided by his sister-wife Alysanne, who convinced Jaehaerys to expand the Night’s Watch and granted them the land now known as the New Gift.”

“If Lyanna was in love with Rhaegar (as seems likely), it makes sense for their son to have a Targaryen traditional name like his siblings Aegon and Rhaenys. Jaehaerys would be a good pick as the name isn’t associated with any real negative connotations, like Aerys, Maegor, etc. Not only is Jaehaerys the great-grandfather of Jon, he was the King who received the ORIGINAL PROPHECY about the prince who was promised from the woods witch with Jenny of Oldstones.” (RELATED: Judging By This Video, ‘Game Of Thrones’ Was Nothing But Sex And Nudity This Season)

Watch the video of the scene here.