And the envelope, please … . According to a June 29, 2016, post from the General Services Administration, Glock has just been awarded a contract worth up to $85 million to supply handguns to the Federal Bureau of investigation. The contract include compact, full size, training (Simmunition) and inert guns. The Request for Proposal was released by the FBI on Oct. 7, 2015. Too, the FBI announced last year after an ammunition trial that was overshadowed in many ways by the Army’s MHP program that its new service load would be the Speer 147-gr. Gold Dot G2. Some insiders believed the wording of the pistol RFP heavily favored the SIG Sauer P320. Apparently not.

The FBI, of course, was the agency that began the .40-cal. cartridge trend when it adopted the 10 mm Auto after the Miami Massacre in 1986. That 10 mm load—and the large guns such as the S&W Model 1076 required to chamber it—led to the development of the shorter .40 S&W cartridge. And FBI agents have been carrying Glock Model 22 or 23 pistols in .40 S&W since 1997.

Improvements in 9 mm Luger ammunition, though, have caused many law-enforcement agencies to take another look at the 9 mm Luger. Essentially, defensive bullets have gotten better. Tests conducted by the FBI’s Ballistic Research Facility have shown that modern 9 mm defense ammunition can be extremely effective as a duty load according to the facility’s ammunition protocol. And 9 mm is an easier cartridge to control for many officers and agents. Internal FBI training documents indicated agents could shoot faster and more accurately with 9 mm Luger than .40 S&W.

Firearm manufacturers have introduced new guns, such as the Ruger American Pistol, in 9 mm Luger or .45 ACP—not .40 S&W–presaging the lack of interest among law enforcement in new guns chambered for what had been the leading law enforcement cartridge for decades. The .40 S&W might not be dead, but its moon is waning. 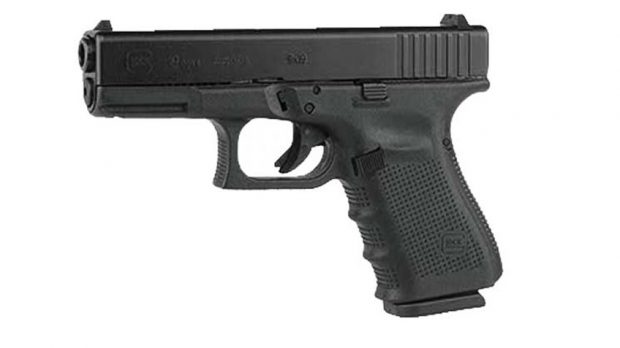 Thanks to the team at American Rifleman for this contribution. Click here to visit AmericanRifleman.org.