A hoax study purporting to show that women in the United States have the world’s largest breasts has taken the Internet by storm this week — particularly websites aimed at female American teenagers, which published the news as totally legit.

The fake study was published at some indeterminate point in the nonexistent “Journal of Female Health Sciences.”

(WARNING: The linked “study” is not gross, but it’s not safe for work. It features some pseudo-scientific naked boob images. There’s also a discussion of the many ways of measuring breast sizes — including the “Archimedes method,” which is exactly what it sounds like.) 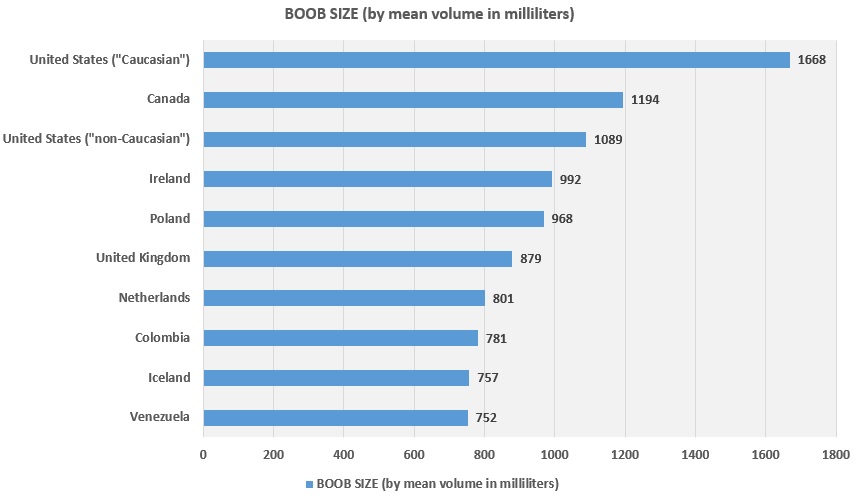 As the table above shows, the fake study concludes — “concludes” — that women in the United States practically drive a motorboat around the rest of the globe when it comes to their amazingly large breast sizes. Ireland, the country closest in boob size that is not Canada — which, let’s face it, is pretty much an appendage of America — is nearly 700 boob volume milliliters behind.

Boob milliliters may or may not be real.

The seven authors of the hoax study claim to have studied the breasts of nearly 400,000 women in a slew of countries, by collecting subsets of national data about breast size. 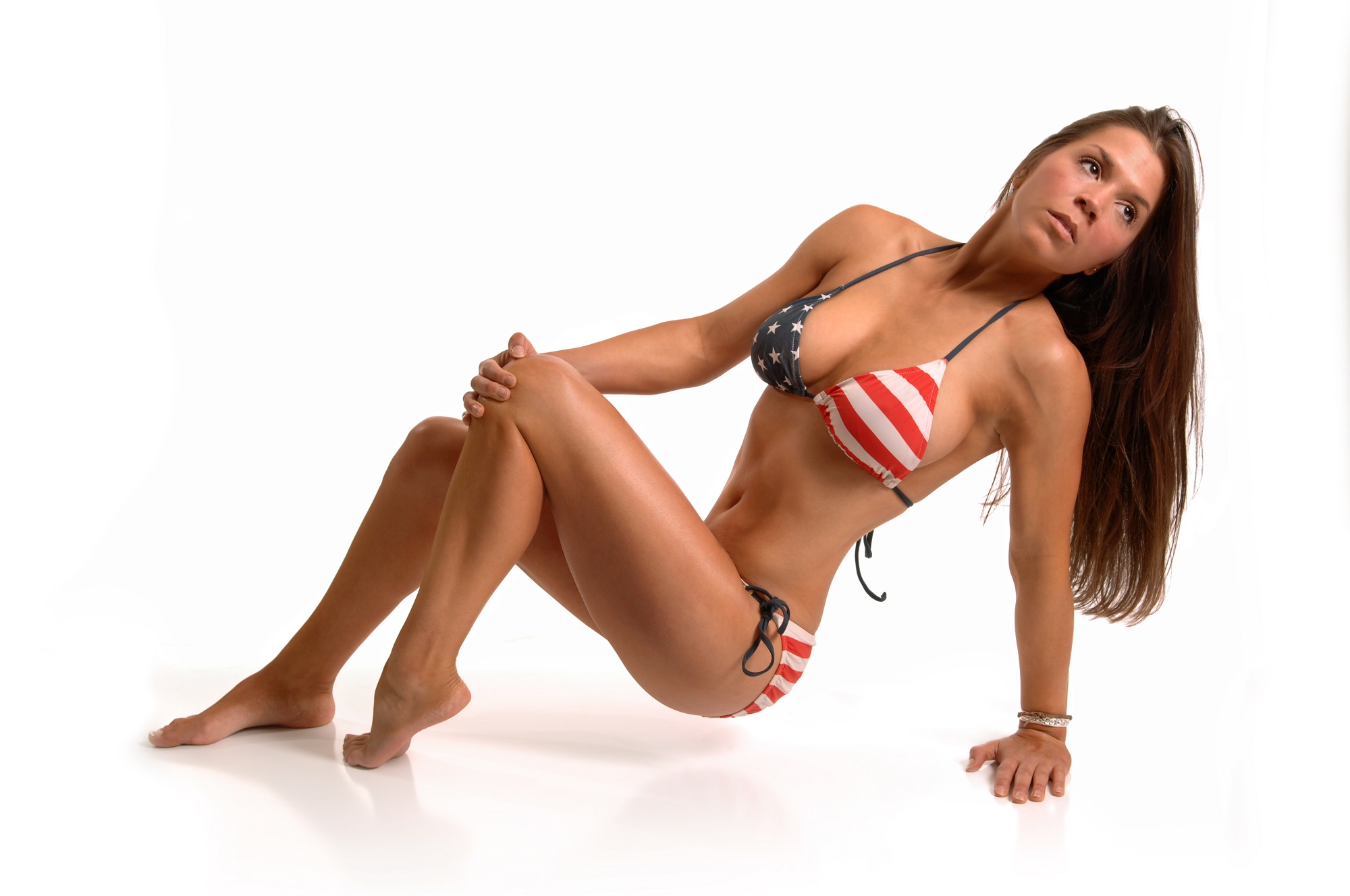 The made-up research suggests that average boob size is “large regardless of body weight, with even athletic and slim women being large-breasted.”

“Increasing knowledge of the breast size variation of women from different countries is needed as a guideline for example for the product development and targeting of marketing actions of clothing industry and cosmetic surgery providers,” the septet of groundbreaking scientists also recommend.

“As breast size is an import prestige factor in nearly all cultures, many behavioral psychologists recommend that people who travel abroad for the first time should be informed about the country-specific differences in the breast size,” the hoax researchers add.

That sentence alone should have been a tip-off to Teen Vogue, Seventeen, the New York Daily News and The Telegraph. 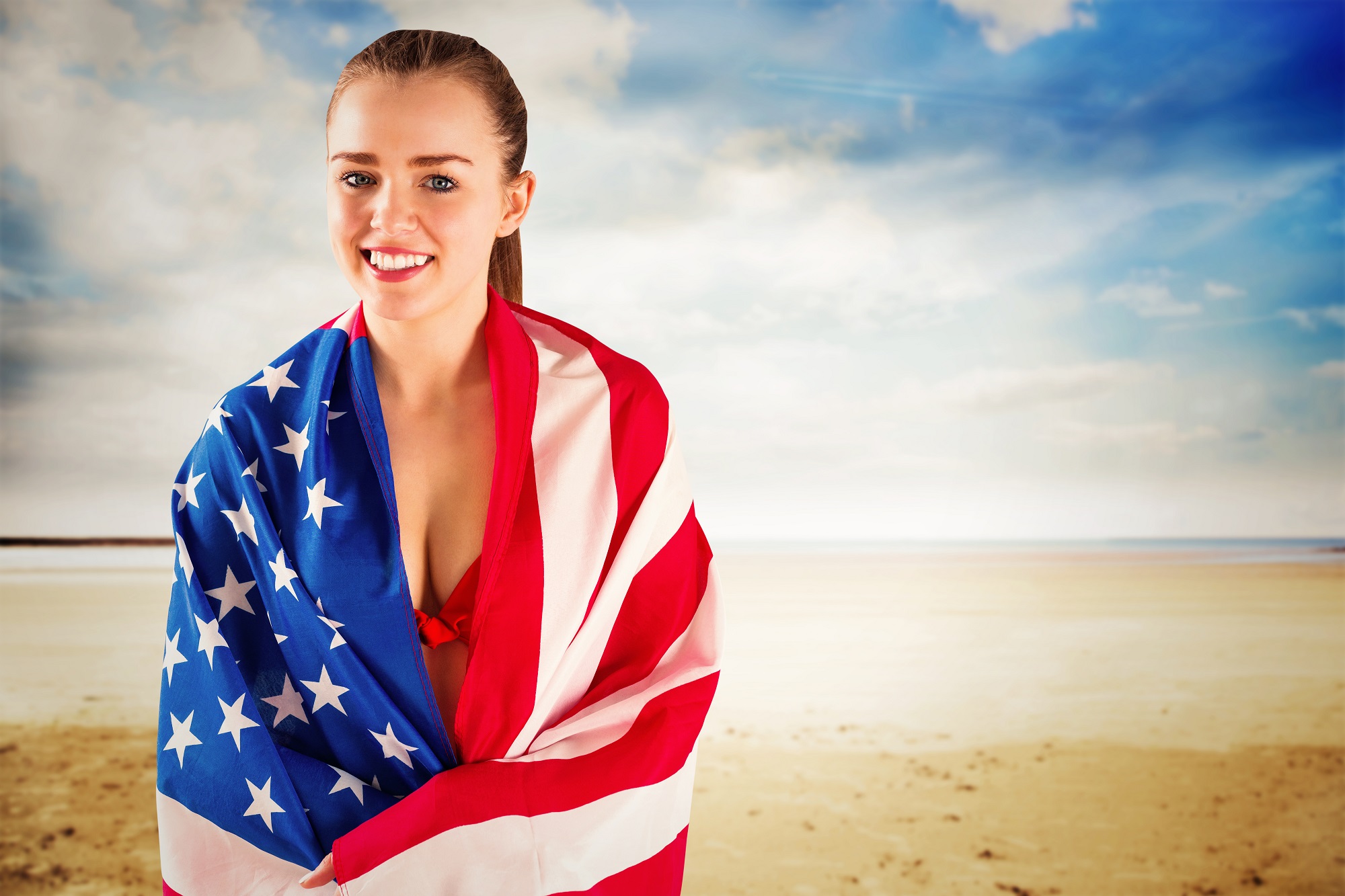 1
'What, Are You Working For CNN?' Trump Takes Issue With Question From Fox News' John Roberts
Politics
2
Inside The Dark Money Dem Group Using An Umbrella Network To Flay Trump Over His Virus Response
Politics
3
Chinese Markets Reopen — And They Still Sell Bats, Dogs And Cats
World
4
Infectious Disease Expert Says Anti-Malaria Drug Marks 'Beginning Of The End' Of Pandemic
US
5
Maria Bartiromo Was Accused Of 'Misinformation' After Prediction That There Will Be 'Hundreds Of Thousands' Of US Coronavirus Cases
Media