The FBI announced Friday they had captured one of the most wanted women in America.

Authorities arrested Shanika Minor for allegedly killing her 23-year-old pregnant former high school classmate in March. The women got into an argumentleading Minor to allegedly shoot the nine-months pregnant victim in the chest, killing the woman and her child. Authorities arrested Minor, the tenth woman to be on the FBI’s Most Wanted Fugitives List, two days after she received the honor.

The FBI described the incident:

During the late hours of March 5, 2016, Minor instigated an argument with her mother’s neighbor, who resided in Milwaukee, Wisconsin. Minor confronted the neighbor on the sidewalk next to her residence, brandishing a semi-automatic firearm and repeatedly challenging the woman to fight. Minor’s mother ran to the scene, attempting to stop her daughter from harming the woman, who was nine months pregnant. Minor allegedly fired a round from her firearm into the air before leaving the scene with several other individuals. Approximately one week prior, Minor’s mother had informed her that the neighbor was playing loud music at an unreasonable hour. Minor confronted the neighbor about the music and the situation escalated, leaving Minor the impression that the neighbor was disrespecting her family.

Shortly before 3:00 a.m. on March 6, 2016, Minor returned to the neighbor’s residence, gained entry into the common hallway of the duplex, and met the woman by the rear door of her residence. Minor’s mother again ran to the scene, positioned herself between her daughter and the woman, and attempted to de-escalate the situation. Minor allegedly reached over her mother’s shoulder and fired a round from her firearm towards the woman, striking her in the chest. The victim retreated into her residence, where she immediately collapsed and died. Her unborn child, due within a week, also died before emergency medical personnel arrived.

The victim was reportedly Minor’s former high school classmate. A caller tipped the FBI off that Minor may be staying at a hotel in Fayetville, North Carolina. Cumberland County Sheriff’s deputies investigated and arrested Mnior.

“Minor was transported to the Cumberland County Detention Center where she is being held,” the FBI said in a press release.  “Minor was the 10th female to be placed on the FBI’s Ten Most Wanted Fugitives list.” 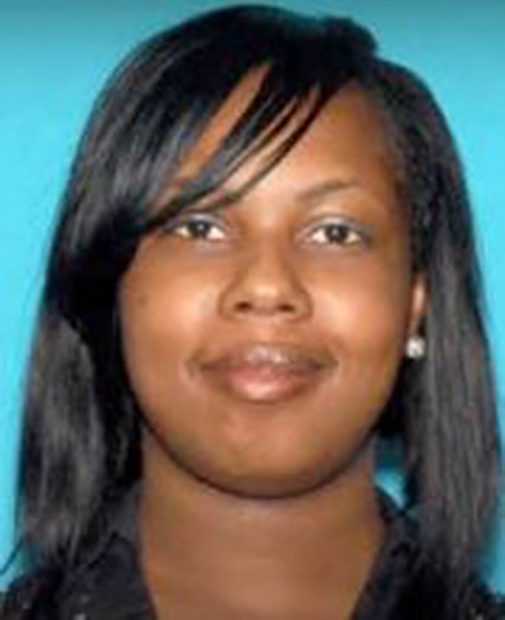