The EPA data tracks average exposure to small particulates, which kill roughly 5.5 million people globally every year and cause most asthma. Particulate emissions have fallen by 35 percent since the year 2000, mostly in states that voted for Republicans. 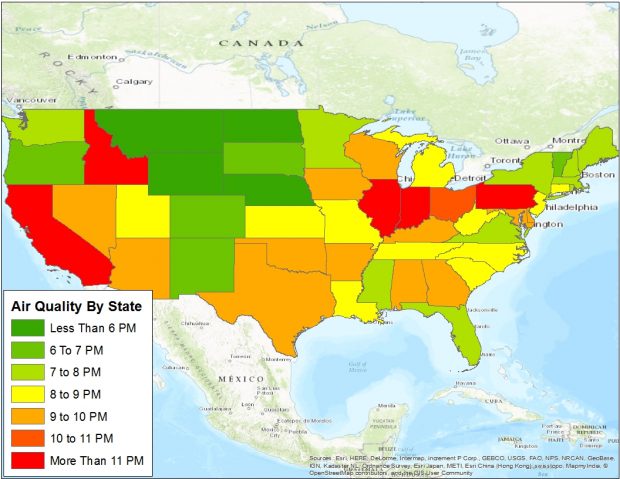 [dcquiz] TheDCNF concluded that a state was blue or red based on how it voted in each of the last four presidential elections. This methodology only factored in America’s 22 red states and 18 blue states. This means that if everything else was statistically even, red states should be over-represented in any list as there are more of them.

Red states likely had such low levels of air pollution because they were quicker to switch to natural gas fired electricity, which emits far fewer particulates than conventional coal power. Democrat-voting states are slow to cut carbon dioxide (CO2) emissions compared to states that vote Republican, according to analysis by The DCNF.

Large states such as California and Texas tended to have higher background levels of small particles, and pollution can pass over state boundaries from other states or other countries — so policy differences alone do not entirely explain differences between states.