This week, Google sent a new batch of emails supporting Donald Trump to the spam boxes of Gmail users.

The new emails came from Crippled America, a Super PAC which supports Trump. The goal of the emails is to raise cash independently in support of Trump’s presidential candidacy.

Crippled America sent the first of the two emails on the evening of June 30, according to a time stamp.

The run-on sentence title of Crippled America’s first email is “Help us catch Crooked Hillary we are only a few donations away.” The recipient’s name — e.g., Eric — is wedged before the word “Help” with no punctuation.

A pattern of similar errors throughout both emails suggests gross amateurism by Crippled America.

“Donald Trump needs our help to match their donations so we can win this November,” the email says.

“Our large donors have pledged hundreds of thousands of dollars, but it is YOU, the grassroots activist, who are [sic] the soul of this campaign.” 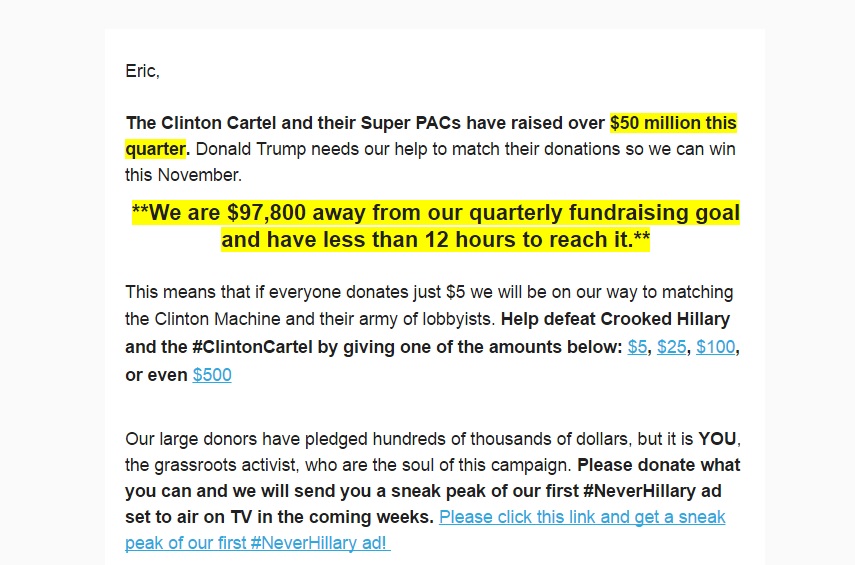 The email then offers more criticism of Clinton and several dollar-amount buttons (which are later offered still again). 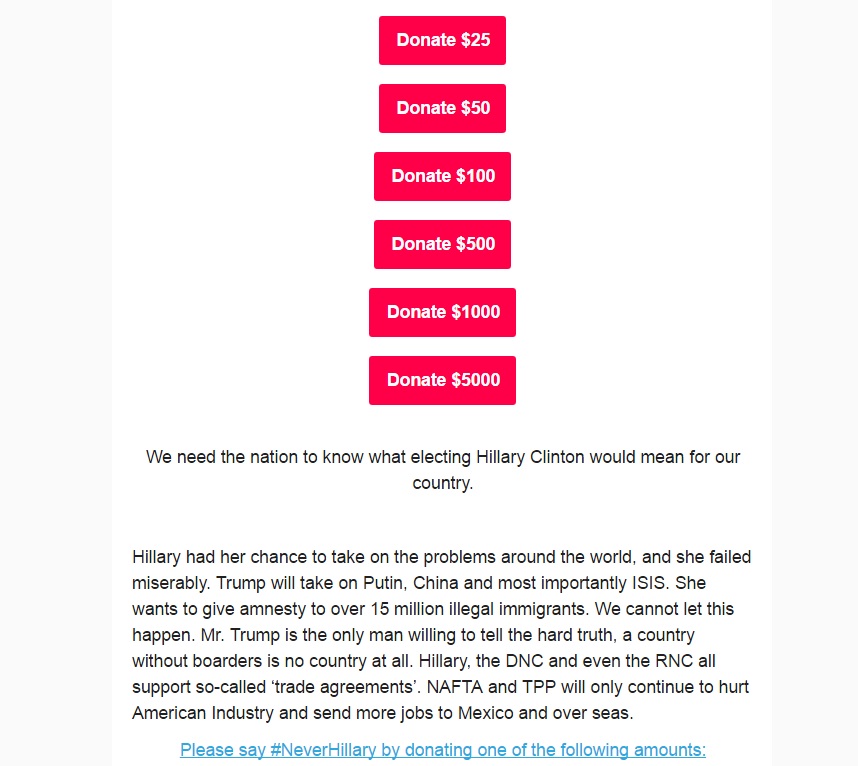 “You are on our list because like us you believe that Donald J. Trump will Make America Great Again,” the fine print at the bottom of the email explains.

The address of Crippled America — 1412-B Stonehollow Drive in Kingwood, Texas — is a nondescript, single-story, strip office building in a fancypants suburb of Houston, Texas.

“Time is running short Eric we saw that you tried to get to our donation page but the sheer amount of people going there overloaded our servers,” the grammatically-challenged text from financial director Zac Cossum explains. 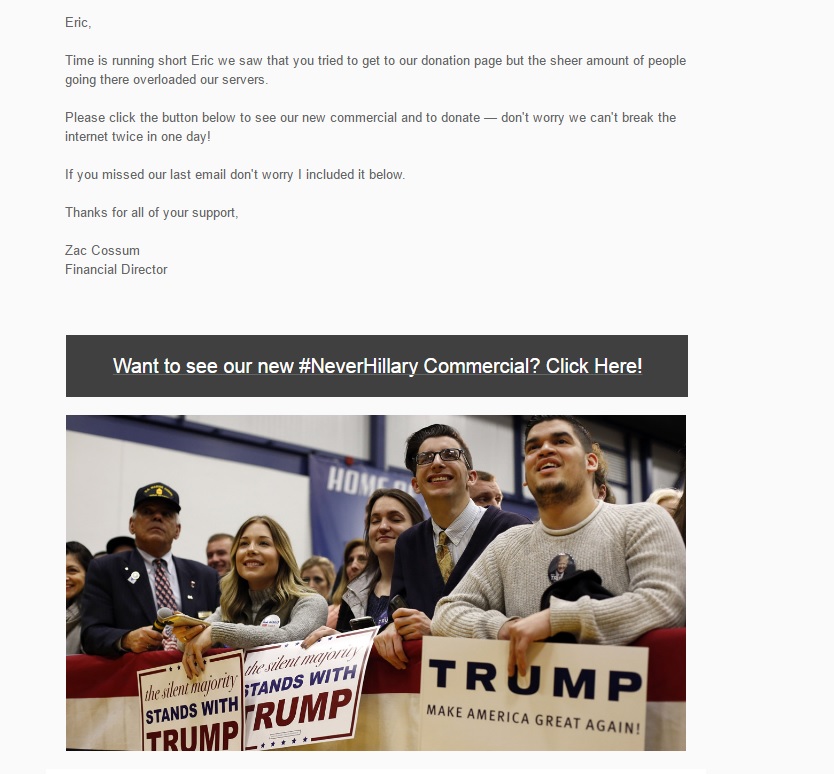 The rest of the second email repeats — seemingly verbatim — the first one. The same words are highlighted. The same donation buttons are offered — twice. The same arguments about Putin, China, ISIS, illegal immigration and NAFTA are made. “Overseas” is spelled as “over seas” the same wrong way.

The Facebook page of Zac Cossum of Austin, Texas — who likes Crippled America (as well as Señor Frog’s Aruba and a fraternity at the University of Texas at Austin) — shows a remarkably youthful-looking person.

There have been previous reports, denied by Google, that the search engine was manipulating search autocomplete results in favor of Hillary Clinton.