Edward Snowden had no words for the Hillary Clinton verdict. 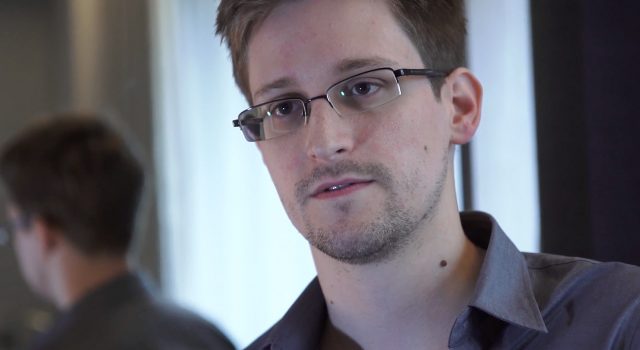 (Photo: The Guardian via Getty Images)

After the FBI Director James Comey said Tuesday that he would not recommend criminal charges against Clinton for using private email servers while she was secretary of state, the 33-year-old whistleblower immediately tweeted this. 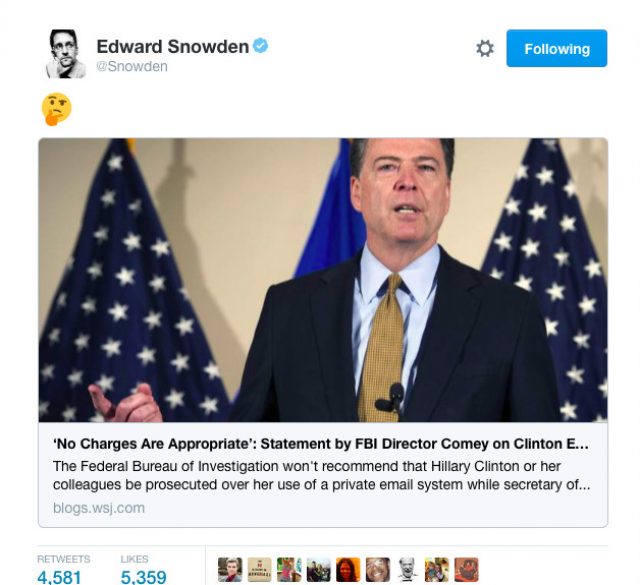 This isn’t the first time Snowden has weighed in on Clinton. In June, he expressed confusion over why she wasn’t facing the same fate as him.

Break classification rules for the public’s benefit, and you could be exiled.

Do it for personal benefit, and you could be President.

After he fled the country in 2013, Clinton said Snowden was a “traitor” who had “blood on his hands.”

“I can never condone what he did,” Clinton said.