A new body trend is gaining traction among celebrities and might singlehandedly replace the thigh gap. 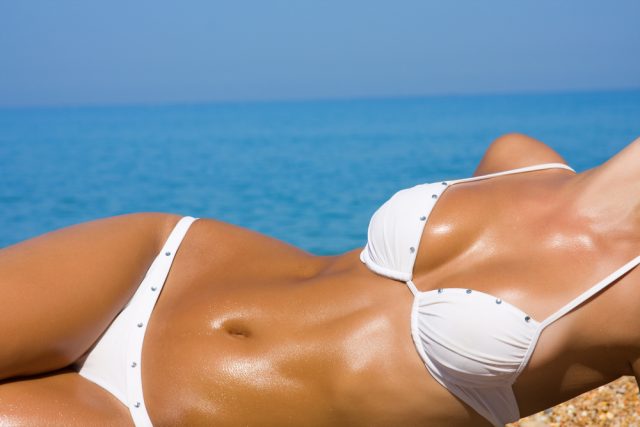 Though the thigh gap — the space that appears between a woman’s thighs — was heavily criticized when it became a popular phenomenon, it seems like the ab crack — the crease that appears down the middle of a woman’s body — has taken its place. (SLIDESHOW: Thigh Gap Thursday)

Several famous models have displayed their own ab crack on Instagram recently.

At least one outlet dubbed it “the new six pack.”

The new trend already has a slew of critics, of course.

Move over #ThighGap, the latest in ridiculous trending "Beauty Standards" is the "Ab Crack"? Nothing sounds beautiful about that! #lol

Drinking my full fat Coca-Cola, and I find out what a #abcrack is, Now I want to throw my coke in the bin and go to the gym. Thanks society!

Poor women always held to impossible standards #abcrack really? I know I haven't had abs since 2003 and they ain't coming back either!

According to the media, having an "ab crack" means you're malnourished. It's a natural thing. I have it and I'm far from malnourished.

Ew. Gross. An ab crack is not a thing! It means you're undernourished and have no muscle mass! NO! https://t.co/CmNrn8hu3Y

SO they new "Thigh Gap" trend is the "Ab crack"? Like is this even real? Poor girls 🙁 Literally starving themselves to seek approval.