America’s favorite salty snacks have been revealed, thanks to new poll of all 50 states.

According to polling company YouGov, roughly 65 percent of Americans snack between meals, with 56 percent saying they snack to escape boredom, rather than hunger.

Half the country (roughly 160 million) gorges on chips at least once per week, and more than 40 percent (over 128 million) say they do the same with crackers. 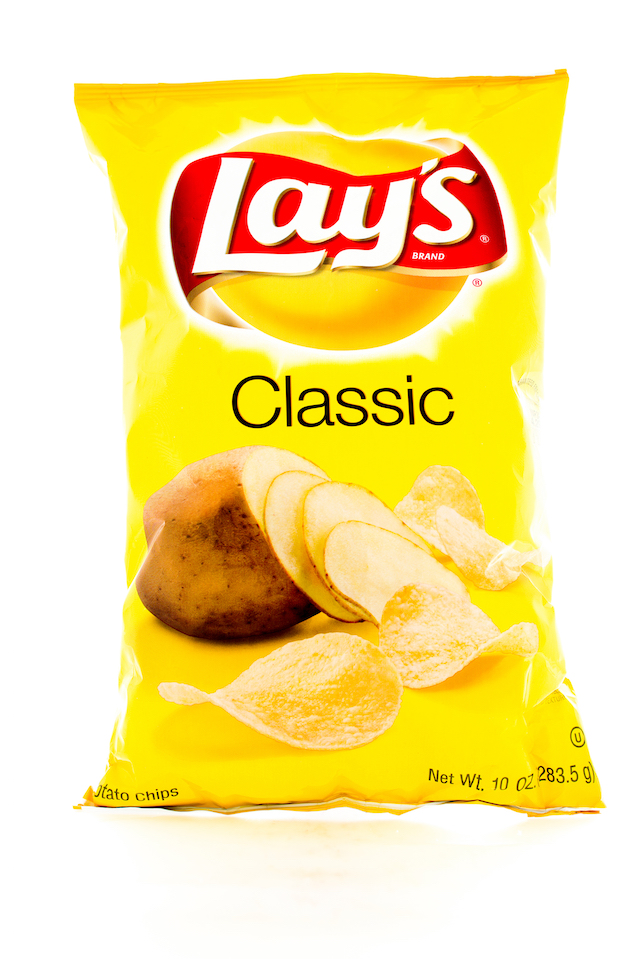 Lay’s is the big winner in terms of the number of states that pick it as the top snack brand, with 14 states ranking Lay’s number one. Doritos wasn’t far behind, capturing the top spot in 12 states. 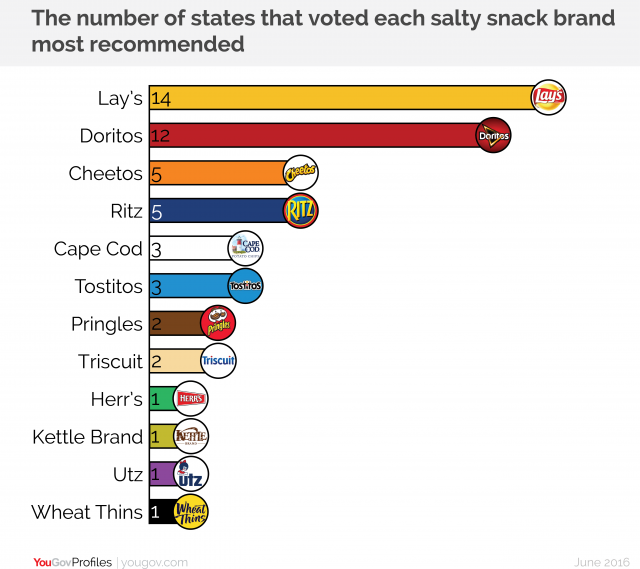 Lay’s and Doritos, both owned by Pepsico, dominate the Midwest and Deep South.

More health-centric states known for their love of the outdoors, such as Oregon and Colorado, opted for Wheat Thins and Triscuit crackers over classic chips.

Cape Cod potato chips came out on top in their native Massachusetts and the North Eastern states of Rhode Island and New Hampshire. 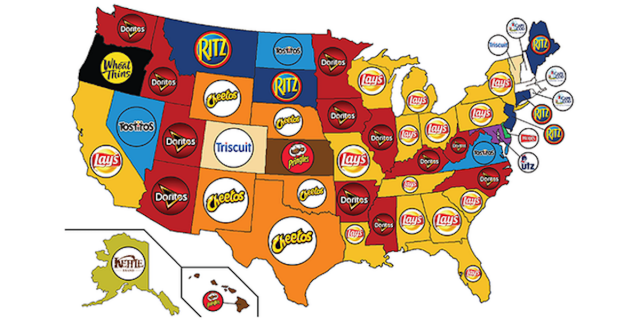 “In the end, however, Frito-Lay’s national brand recognition and massive advertising budget are hard to compete against,” said YouGov research writer Paul Hiebert.

“In 2012, the New York Times wrote that ‘Frito-Lay has long dominated the snack-food business by relentlessly focusing on the middle swath of America that eats chips and pretzels and party mix without regard to the effect on the waistline.’ That investment still seems to be working, as North Americans continue to spend around $124 billion a year on snack food.”