Former Detroit Lions superstar Calvin Johnson made some eye-opening comments to ESPN about how injuries are treated in the NFL.

“I guess my first half of my career before they really, you know, before they were like started looking over the whole industry, or the whole NFL, the doctors, the team doctors and trainers they were giving them out like candy, you know?,” the star wide receiver told ESPN when discussing the prominence of painkillers in the NFL. (SLIDESHOW: 12 Times Russell Wilson’s Wife Ciara Was Absolutely Stunning) 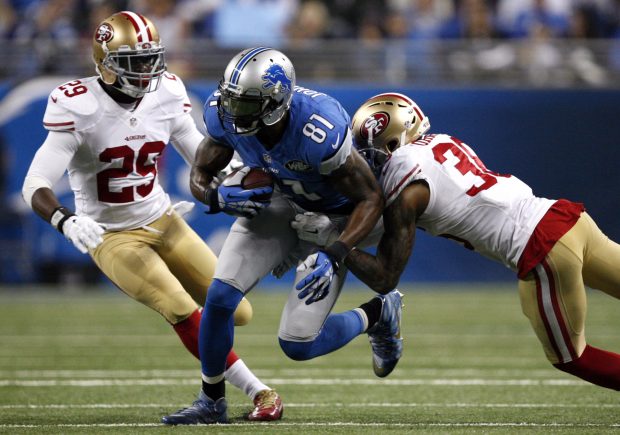 Johnson also claims that concussions happen way more than people realize. (SLIDESHOW: UFC Star Arianny Celeste Is Nearly Naked For All Her Fans In These Pictures)

“With all the helmet contact, guys hitting the ground, heads hitting ground. It’s simply when your brain touches your skull from the movement or the inertia, man. It’s simple to get a concussion, you know. I don’t know how many I’ve had over my career, you know, but I’ve definitely had my fair share,” he stated to ESPN.

Johnson finished his career with over 11,000 receiving yards and 83 touchdowns.