During “The O’Reilly Factor,” the host argued, “Many Americans, including this one, believe Barack Obama’s emotional attachment to the Muslim world has hurt the USA. There is no question that the Obama administration’s greatest failure is allowing the Islamic terror group ISIS to run wild, murdering thousands of innocent people all over the world, including many Muslims.” (RELATED: Obama: ISIS Fighters Are Not ‘Religious Warriors. They Are Thugs’ [VIDEO])

[dcquiz] O’Reilly said that Obama “does not define the terror issue clearly” because “Obama’s father, who abandoned his family, was a Muslim who eventually turned atheist. Then his mother married another Muslim, moving young Barry Obama to Indonesia, where he was exposed to the Islamic world even though he did attend a Catholic school in first grade. According to his half-sister, Barack Obama attended his half-brother’s wedding in the early 1990s. Malik Obama was a Muslim.” (RELATED: Trump Calls On Obama To Resign For Not Calling Orlando Attack ‘Radical Islamic Terrorism’ [VIDEO])

According to O’Reilly, the following photos are from the early 1990s, allegedly from his half-brother’s wedding in Maryland where Obama was allegedly the best man. 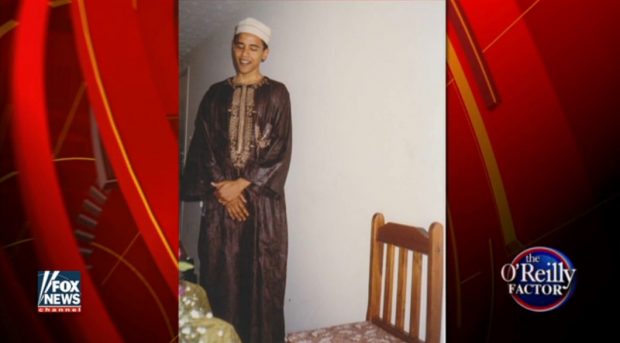 “What we can tell you with certainty is that Barack Obama has deep emotional ties to Islam,” O’Reilly said. 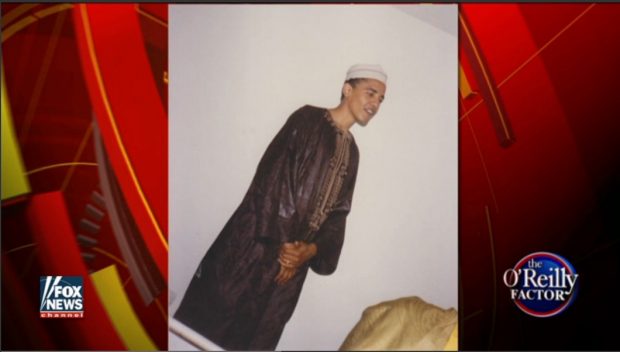 O’Reilly then played footage of Obama speaking in Cairo, Egypt in 2009. “As a boy, I spent several years in Indonesia and heard the call of the azaan at the break of dawn and the fall of dusk. As a young man, I worked in Chicago communities where many found dignity and peace in their Muslim faith,” Obama said.

In conclusion of the night’s Talking Point Memo, O’Reilly said that Obama should, “aggressively call out those who abuse the Muslim faith, who commit atrocities under a religious banner. He should make defeating the jihad a central issue and stop trying to diminish Islamic terrorism by avoiding the simple truth – radical Islam is a direct threat to the entire world.”

“Whether they live in Afghanistan, Iran, Iraq, Syria or Africa, it is Islamic killers who are the central problem on this planet,” O’Reilly said. “President Obama should acknowledge that today and begin to correct his mistakes.”