During a Thursday morning interview on “Fox & Friends,” Eric Trump laughed off questions about the DNC’s alleged plan to sabotage the Republican Convention.

According to documents obtained by hacker Guccifer 2.0, the DNC has earmarked nearly $1 million to host “live-stage” events and distribute anti-Trump memorabilia on the ground in Cleveland.

“It doesn’t surprise me at all,” he said in response to a question from host Steve Doocy. “You know, I watched that old movie ‘The War Room’ the other night. All the Clinton behind the scenes tactics and the things these kinds of people come up with are just unbelievable.” (RELATED: DNC To Make Fun Of Trump’s Tan, Tiny Hands At GOP Convention) 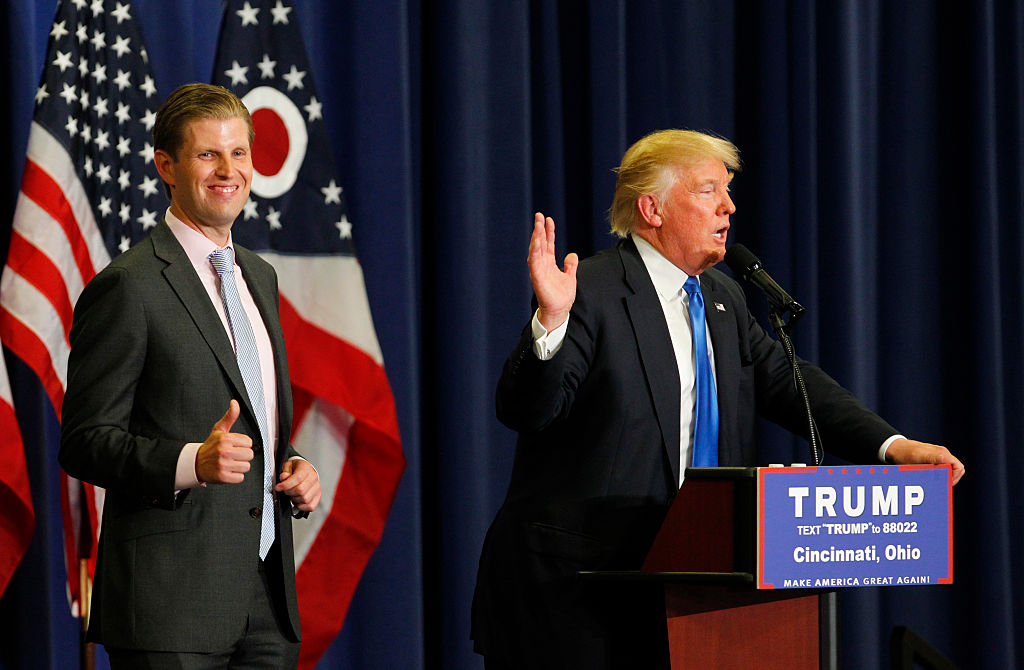 It’s just the kind of people they are. It’s unbelievable,” Trump added. “That’s her playbook. That’s all she knows how to do. She’s a career politician.”

Eric closed by turning the tables on the DNC.

“Listen, this is going to be funny, come November 8, when we win this thing, and believe me we will win.”